How To Fix Bad Battery Life on Galaxy Note 4 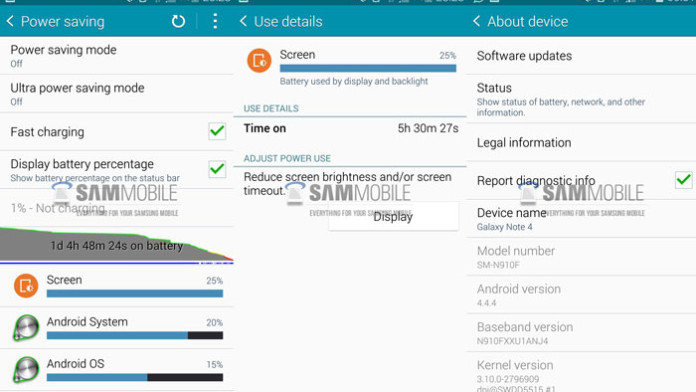 Even though the Galaxy Note 4 is the best phone Samsung has ever created, it is having a lot of issues and problems. The phone has been considered by many as groundbreaking, especially from the Korean tech giant.

It is one of the first phones to feature a beautiful aluminum frame which makes the phone premium and high quality, sharp and detailed 16 MP camera and vivid QHD Super AMOLED display.

For many people, it is the dream phone because it has everything a mobile user wants. It also performs extremely well on the battery test. But recently, many users who have bought the phone are reporting serious battery issues.

According to complaints, users can’t use the phone for more than 3 hours without having to charge it again.  A normal phone lasts for more than 14 hours with 4 or 5 hours of screen on time.

The Samsung Galaxy Note 4 doesn’t last for more than 2 hours of screen on time. Samsung has acknowledged this problem and has released an update that greatly improves battery life.

The firmware build number is XXU1ANJ4 and the size is only 39 MB. The reason why the firmware update is small is because it only fixes battery drain problem that many users are reporting.

If you are experiencing the same battery problem as other Galaxy Note 4 users, go to Settings > About Phone > Software Update menu and download the update there.