How To Enable Screen Pinning on Android 5.0 Lollipop 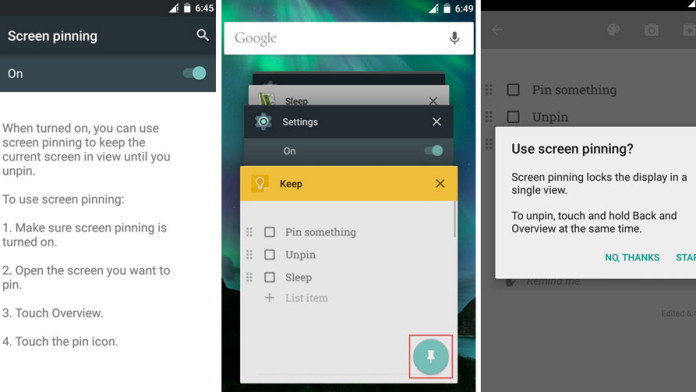 Android 5.0 Lollipop isn’t the biggest update only when it comes to user interface, design and animations. It is also a big update when it comes to new applications and features that this version has brought.

There is no deny that KitKat was a great Android version but it cannot be compared against Lollipop. Android 5.0 has more features that make it faster, better and more secure than 4.4.

The main feature that everyone is obsessed after is Material Design. You can see new applications getting updated with Material Design including Google Apps and Facebook. Apart from the new user interface, Lollipop has other features that make it worth to be called a big update. 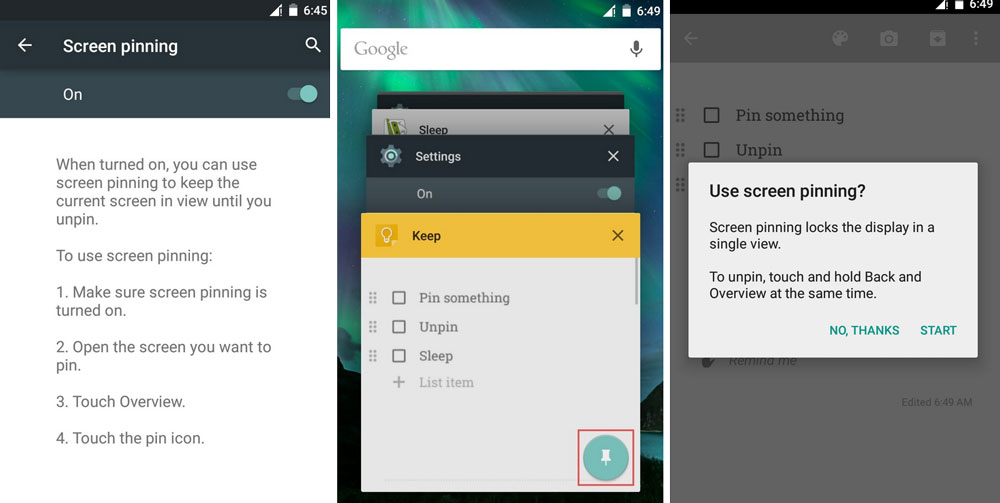 Google has thought about security too and has added a few security options. One option which is worth to be mentioned is Screen or App Pinning.

This feature allows you to pin everything that is being displayed on the screen at a certain moment. This is very useful when you want to give your phone to your friend to do something and don’t want him to open other applications.

If you pin the phone app, you will be able to use only the phone app and cannot open other applications unless you unpin the current app.

How to screen pin on Android 5.0 Lollipop

How to unpin the screen

Once you are done with the app, now you have to unpin it. To do so, simply press the Back and Recent Apps/Overview buttons at the same time.

What are ransomware attacks? Here is what you need to know about them