How To Enable Double Tap to Wake on Nexus 6 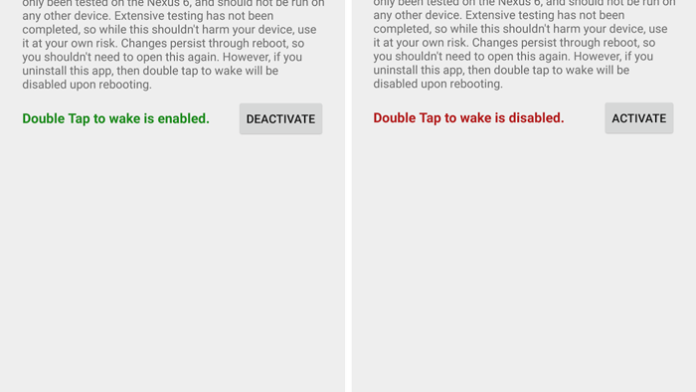 Google announced the Nexus 6 a few weeks ago and it is one of the hottest devices. The phone has been out of stock for days and users are unable to buy it. This shows how popular the Nexus 6 is. 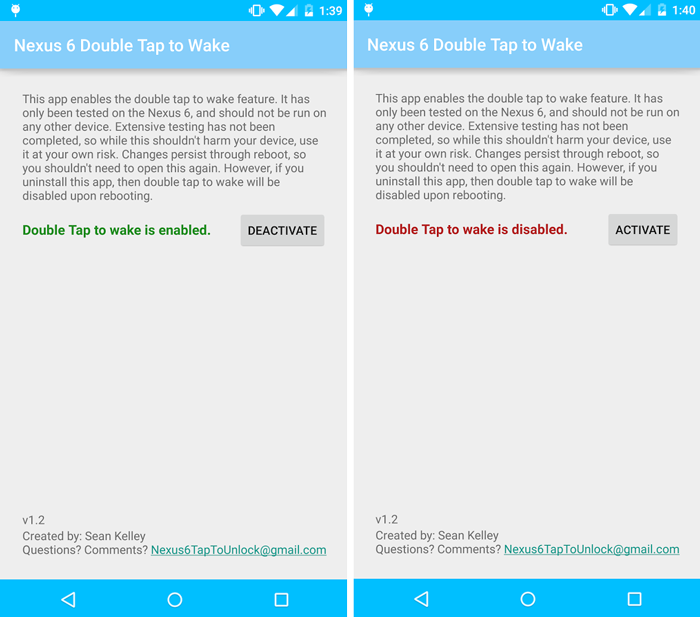 So, performing a simple job like turning the screen on becomes really difficult on the Nexus 6. That’s why Double tap to wake feature comes in handy. Simply double tap on the screen and the phone will turn on.

This feature is enabled by default on the Nexus 9 but Google decided to disable it on the Nexus 6. The Nexus 6 is capable of Double Tap to Wake but for some reason it is not enabled.

Fortunately, this is a software limitation and it can be easily enabled. It works on the Nexus 6 Shamu and it is very easy to enable.

You don’t need to flash any mods or modify system files. You simply need “Nexus 6 Double Tap to Wake” app which can be downloaded on the link below.

Even though it needs only a simple app, it requires root access and unlocked bootloader. Follow the guide how to root the Nexus 6.

The app is originally $0.99 but the developer was kind enough to release the APK file for free.

How to enable Double Tap to Wake feature on Nexus 6

Reboot your phone. Now double tap on the screen and the phone will turn on. If you don’t want this feature anymore, go to the app again and tap the disable button.