How To Enable & Add All Apps on LG G3 Split View 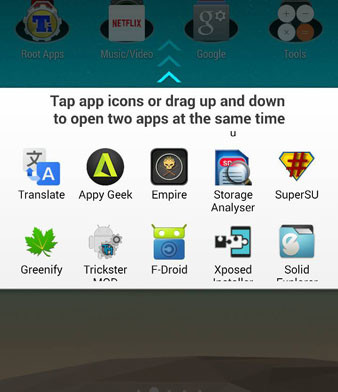 Android has always supported true multitasking but there was no manufacturer and firmware that was able to take full advantage of it. The first manufacturer to ever introduce this feature was Samsung with Multi Window on the Galaxy Note 2.

But, even though you can open two applications at the same time, you cannot open every app you want. LG has limited the number of the applications that can be used on Split View. The only supported applications are stock LG apps like the dialer, messages, browser and a few third-party apps like Facebook. 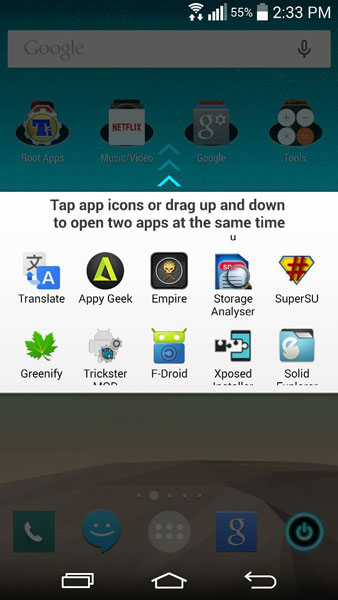 But a lot of LG G3 owners use a lot more applications that those which are supported by Split View. Many people use different applications which aren’t supported and this is a bad thing because what is the point of Split View on the LG G3 if you cannot use all the applications you want?

Fortunately, you can add and enable all applications on Split View feature of the LG G3. Enabling all applications is very easy and you simply have to change a line of code in build.prop. The first thing you should do is to verify you have root access and root explorer installed.

Then, go to the root folder of your phone, find System folder and open build.prop file. In order to edit it open the file using a text editor. Inside build.prop, scroll all the way down until you find

Change the following code to

Click save and reboot your LG G3. Now you can enable every single installed application on Split View. If you want to go back, simply change the line to what it was before and reboot your phone.