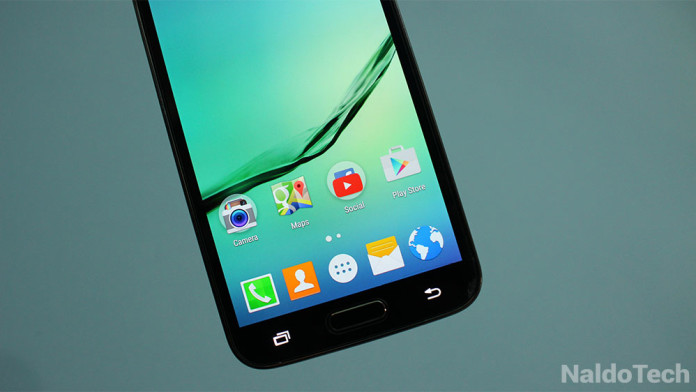 Samsung has really done a great job with its new flagship devices. Coming with premium materials and super fast performance, both the Samsung Galaxy S6 and Galaxy S6 Edge are two devices that everyone wants to have. Even though Samsung radically changed to design of the phones, it kept the iconic hardware buttons, the clickable home button and two capacitive keys: back and recent apps menu.

By default, the capacitive keys light up for a set amount of time and then turn off when no one is using the phone. On older Samsung devices including every phone before the Galaxy S6 like the Galaxy S5, Galaxy Note 4, Galaxy S4, Note 3 and older, the capacitive keys can be turned off by going to Settings > Display and setting the Touch key light duration option to Always Off.

This is no longer the case with the Samsung Galaxy S6 and Galaxy S6 Edge. This option has been removed by Samsung and you cannot turn the keys off by going to settings. Looks like Samsung wants you to keep them activated all the time, even though they can be distracting at times.

Do not worry though. If you want the capacitive keys of your Samsung Galaxy S6 off badly, there is a workaround to this which doesn’t require root or any system modifications.

How To Disable Capacitive Keys on Galaxy S6 & S6 Edge

Even though this is not the most conventional way since power saving mode throttles the CPU performance for better battery life, it is the only solution until developers create a mod to include a dedicated option.