How To Disable Capacitive Buttons On Samsung Galaxy Note 3 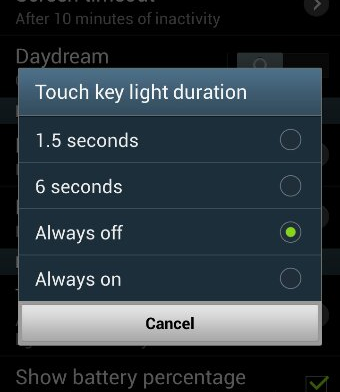 As every other Samsung smartphone, the Galaxy Note 3 has 2 capacitive buttons, back and menu button. They turn on when the phone is being used. This backlight is very useful because it makes it easier to know where the buttons are located.

But sometimes, it can also be annoying, especially on the white version of Samsung Galaxy Note 3. The white versions of Samsung smartphones are known to have light bleed, so if you are in a dark rom, the light of capacitive buttons will look very ugly. 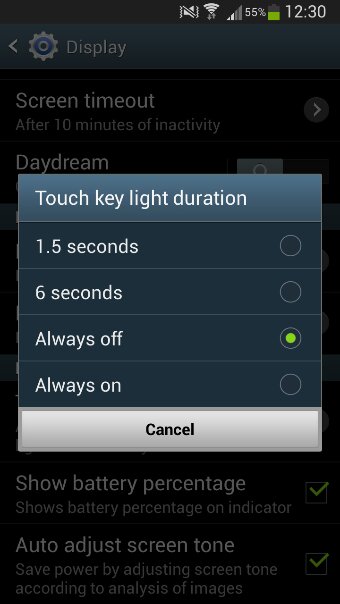 So, how to disable capacitive buttons on Galaxy Note 3?
First, go to Settings and press My Device tab. Then tap “Display” and scroll down until you find Touch Key Light Duration option. There you have the option to completely turn off the capacitive light. If you want, you can also set duration to Always On or 1.5 to 6 seconds.