How to Delete Useless & Unneeded Apps on Nexus 5 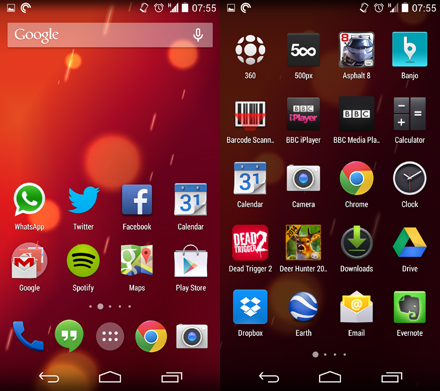 The Nexus 5, except other Nexus devices, might be the only phone which doesn’t come with endless of useless and unwanted apps installed. Touchwiz, LG and HTC launchers have plenty of bloatware installed, especially Touchwiz. In fact, it has so many apps that they actually slow down its performance.

The Nexus 5 however, doesn’t have such apps installed. That being said, it still has some apps (Not Considered Bloatware) that you might want to remove. The problem is that you can’t uninstall them as they are preinstalled and cannot be deleted the normal way.

However, a script created by a XDA Developer can delete all apps you don’t need. Here are some of the apps this script deletes:

You probably don’t know what the majority of these apps are or what they do. So it is better to delete them if you don’t even know their functions.

To install it, simply flash it through Recovery Mode.