How To Check If Your iPhone 6 Is Original or Fake 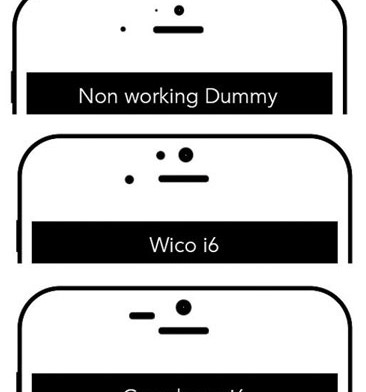 How to check if your iPhone 6 is original, real or just a clone device. Have you just bought or are thinking about buying an iPhone 6? Before making the final deal, control the phone and see if it an original legit and not fake dummy iPhone 6. The iPhone 6 had so many leaks and rumored photos before the official release, it is quite difficult to see if your phone is real or fake.

The reason for this is because it had so many leaks, a lot of dummy and clone units got released by different companies. The problem is that these devices are very close and very similar to the original phone. The design is almost the same with rounded corners and new antenna lines.

The only way to check if your new iPhone 6 is real is by carefully watching the front panel and especially the sensors, earpiece and front facing camera. Because the design is almost the same, the only difference are the sensors which can’t really be the same as on fake dummy units.

As you can see from the image below, there are working and not working iPhone 6 fake devices. The original and real iPhone 6 has an earpiece, a front facing camera above it and a sensor on the left side. On a non working dummy, there is a camera and two sensors.

How To Check For Fake Samsung Galaxy S6 (Real vs. Clone)

Is Your Samsung Galaxy Note 4 Fake? How To Check