How To Activate & Use Multi Window on Galaxy S5 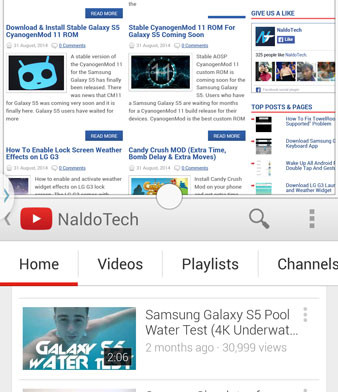 How to activate and use Multi Window feature on the Samsung Galaxy S5. As always, every new Samsung phone has a feature called Multi Window which allows you to open multiple applications at the same time. You can open two and even four applications and use them all without having to switch from one to another by going to Recent Tasks menu.

The Samsung Galaxy S5, Samsung’s current flagship device comes with a super fast Snapdragon 801 or Exynos 5 octa-core chipset and 2GB RAM which is perfect for multitasking. Even though it has only 2GB and not 3GB RAM, Multi Window is great on the Galaxy S5 because Samsung has really optimized Touchwiz and it isn’t laggy like it was on previous variants of Samsung phones.

Also Read: How to Enable Quad & Floating View on MultiWindow for Galaxy Note 3

The screen is also bigger at 5.1″ which makes it perfect to open multiple applications at the same time. To use Multi Window on your Samsung Galaxy S5,  go to Settings > Sound & Display > Multi Window and enable Open in Multi Window view. 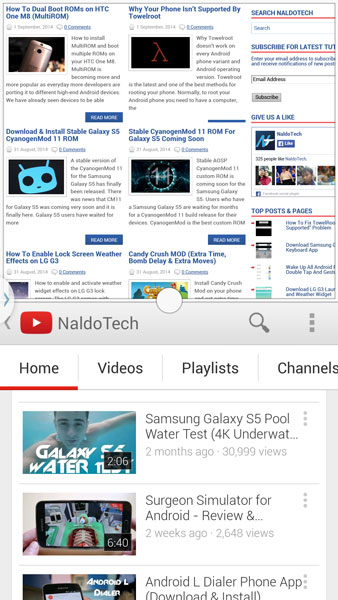 Tap and hold the back key for a few seconds. This will open the app and a small arrow will show up on the left of the phone. Tap the arrow, select two applications and drag them into the screen. Now you can freely use two apps at the same time. You can change the size of every window and add other applications as well.

This feature was so popular that other manufacturers started to implement it. Some other tech giants that have this feature is LG with Split View. There have been a lot of mods where you can add an unlimited number of apps to Split View and Multi Window.