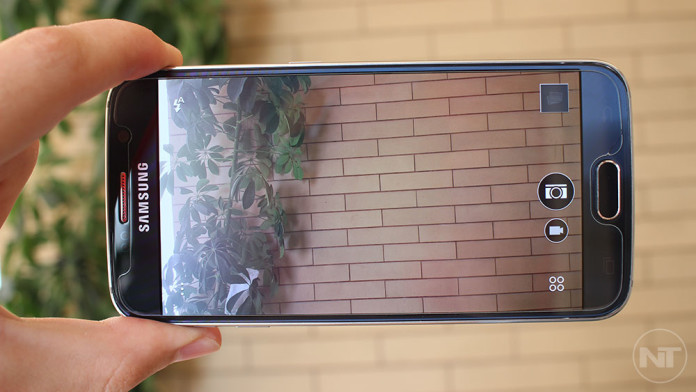 After a long time, you can download the official HTC One M9 camera and gallery app on your phone. Some time ago, we posted about the HTC One M9 camera working on the Nexus 6 on stock ROMs, but this version appears to work on other Android mobile phones with different skins, such as Samsung Galaxy S5 and Galaxy S6 on TouchWiz. Theoretically, it should work on majority of devices, including Sony and LG.

The HTC One M9 has a very advanced camera app with multiple options and features, which help the user capture high quality images. Once you install the One M9 camera app on your phone and open it, you will see three default modes: Camera, Selfie and Panorama. Camera is the standard camera user interface, whereas Selfie switches to the front camera app. The shutter button is located at the bottom of the screen, alongside video recording button on the left side.

The Panorama feature is well-built. You can take panoramic pictures horizontally, and there is a line which shows how much you are panning, for the best picture possible. There are three additional camera modes that are disabled but can be enabled: Bokeh which makes the background extra blurry, Photo Booth which takes multiple pictures and Split Capture, which takes pictures using the front and back camera at the same time.

Launch the HTC One M9 camera app ad start taking pictures. Let us know if it works on your phone or not.

How To Enter And Access Bootloader Mode on HTC One M9