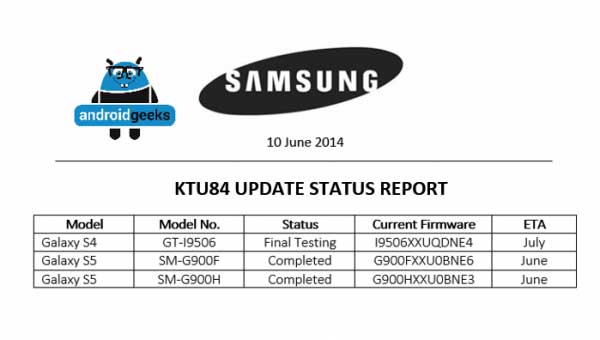 The update is already completed for the Galaxy S5 and both versions will get it: The Exynos SM-G800H variant and the Snapdragon SM-G900F variant. Since the status says completed, the update will be available very soon, it is just a matter of days.

There is no word about the Galaxy S4 GT-I9500 or GT-I9505 though. If you have a Galaxy S5, make sure to go to Settings >  About Phone and check for a possible update in the upcoming days. Android 4.4.3 KitKat brings a better performance, bug fixes and a new redesigned dialer user interface,