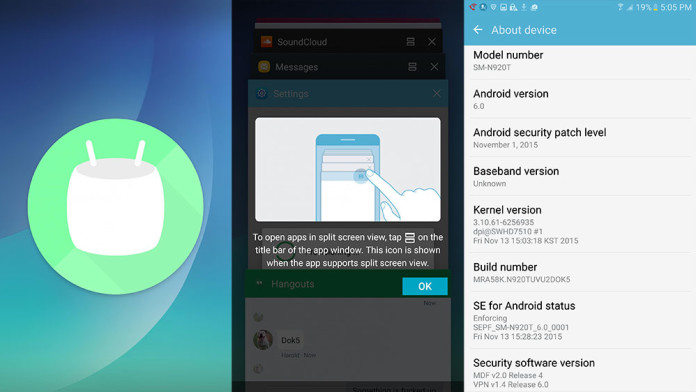 Samsung released a time frame for the upcoming TouchWiz Marshmallow update for some of the most popular Samsung devices. As seen from the list, the Samsung Galaxy Note 5 and Galaxy S6 Edge+ are supposed to be the first in line to receive the Marshmallow firmware update at the end of this year.

The Samsung Galaxy S6 and S6 edge fall behind and are supposed to receive the update at the beginning of next year. While Samsung has yet to release any official Marshmallow updates, one user has somehow managed to download and install the Marshmallow OTA update on its Samsung Galaxy Note 5.

The user has no idea how he managed to get the official TouchWiz Marshmallow update on its Samsung Galaxy Note 5, but it appears to be the real deal. The firmware is based on Android 6.0 with build number MRA58K.N920TUVU2DOK5.

The phone model number is SM-N920T from T-Mobile. The user interface is similar to Lollipop with a few changes for a better user experience. A new addition is the new permissions system where you are asked to give permissions for every single app. 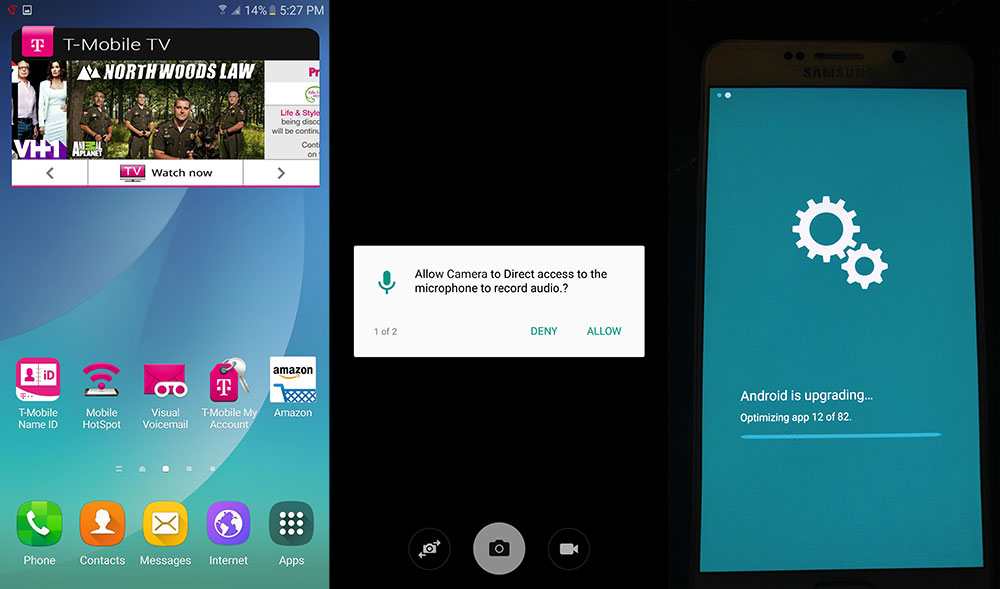 Overall, the new Marshmallow firmware feels faster and battery life is slightly better. Stay tuned because the system dump firmware will not take long to appear. Then, developers can create custom ROMs and OTA ZIP files for all Note 5 users to install.