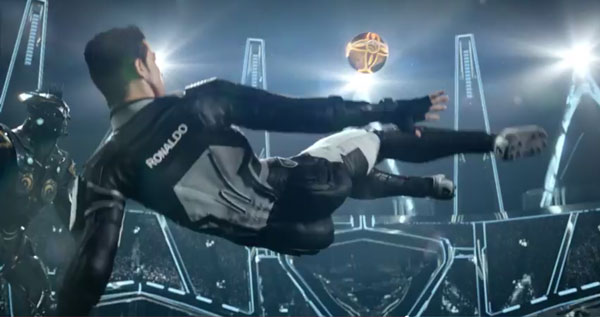 The part 2 of the #Galaxy11 match just ended and humans have won! Football just saved the earth and all the humans. The first part of the match wasn’t very good for the humans. They conceded 3 goals and were able to score only 1 goal. However, everything changed on the second part.

The coach Beckenbauer gives advises to the players and tells them the weak points of the enemy goalkeeper. They listen to him and Falcao scores an amazing goal with his head. The enemy team is furious and the captain screams at the goalkeeper.

Also Read: #Galaxy11 Match Has Begun And The Earth Is Loosing Badly (Summary Of The Match)

Beckenbauer gives even more advises and tactics and every time he wants to change the formation he tells the team to do so through their smart watches. During the match Casillas does impressive catches which are decisive for the future of the planet Earth.

At the end of the second part, Ronaldo gives an amazing assist to Rooney which turns it into an amazing goal. Now the result is 3-3 and both of the teams have equal chances to win the match. There are 2 extra minutes left.

Messi goes in the enemy zone and has the chance to shoot the ball himself but instead it gives a beautiful pass to Ronaldo which scores an amazing goal. The match is over and humans have won 4-3! Humans now are safe and the enemy goes away.

The next scene shows Ronaldo and Messi after 50 years where both are old. The humanity is safe and they are good friends. Football has saved the world and the humanity from the alien invasion.