If you ask S Voice how do you look today, you’ll get a funny response: Take a look in the mirror. Well, it is a pretty clever app.

S Voice also tells you the loudest state in USA which is Illinois. Obviously, even the name says it, Illi-Noise. 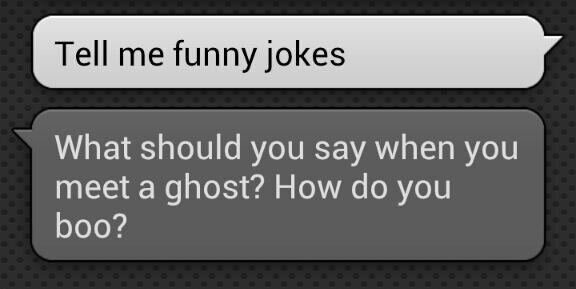 Don’t forget to ask a ghost if you ever meet one: How do you boo? S Voice thinks it’s funny.

What did 0 say to 8? Nice belt! That’s actually funny because the number 8 looks like a 0 with a belt.

If you ask: Is this the Crusty Crab? You’ll get a weird response: No! This is Patrick. I’m not a Crusty Crab.

Hmm, another joke with SpongeBob. Looks like S Voice really likes this show (who doesn’t ?). If you actually ask who lives under the sea, the answer is obvious: SpongeBob SquarePants. 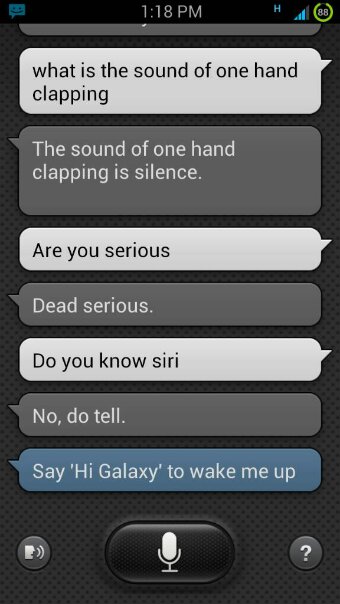 And the last one. What is the sound of one hand clapping? Well it’s silence because a hand clapping doesn’t make any sound. And if you ask do you know Siri? The answer is short: No, do tell.

These were some funny responses from S Voice. Do you have any other jokes? Share them below.