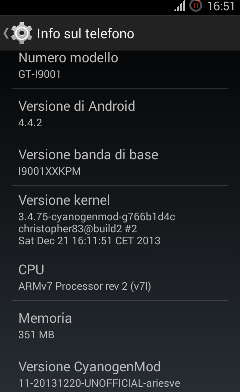 The Samsung Galaxy S Plus has received a fully working CyanogenMod 11 Android 4.4 KitKat firmware. The last official update this device got was Android 2.3.6 Gingerbread and since then it has been discontinued from Samsung.

However, the awesome developers at the CyanogenMod team had the opportunity to create a stable firmware for the first generation phone of Galaxy S devices. How did they manage to do this? It is simple. As we have said before on The Evolution of Android article, KitKat is very lightweight and doesn’t require the latest specs to run on a device. 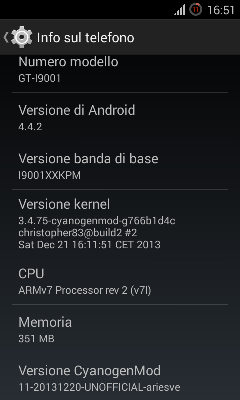 That’s what the developers did. Taking advantage of KitKat, they were finally able to port it. And when we say stable, it is indeed stable. Everything works. Audio, GPS, WiFi, Camera, Bluetooth, USB mass storage and the most important thing, you are able to make and receive phone calls.

USB OTG is also supported, so you can now connect your mouse, keyboard or USB to your phone.

To install it:
1. Put CM 11 zip file and Gapps in your phone’s internal memory.
2. Boot your phone into Recovery Mode.
3. Factory/Data reset it.
4. Install CM11 and then Gapps.
5. Reboot your phone.

It is good that the Galaxy S Plus is still getting the latest version of Android, even though it is not an official firmware.