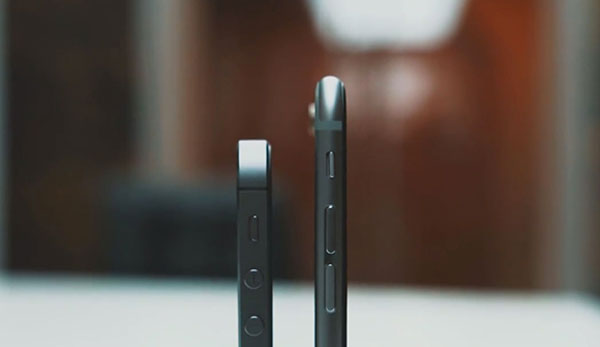 Watch the full teardown of the iPhone 6 and see all the internals of the device. Even though the iPhone 6 has yet to be released, a user on YouTube has already published a video where he reviews the phone and takes it apart to see every module like the display, processor and battery.

The video talks about the overall design of the phone and it confirms that the official design is going to be like what we have already seen on photo leaks. The power button is now on the sides because it is easier to reach on a 4.7″ screen phone. The iPhone 6 is thinner but it is taller and wider to accommodate the bigger screen.

Also Read: How To Check If Your iPhone 6 Is Original or Fake

Unfortunately, the Apple logo on the back will not illuminate but it is made from a special metal which make it very difficult to scratch and break. As expected, the iPhone 6 has a unibody design which is very solid and even the antenna lines do not separate the case.

The user takes the iPhone 6 apart and it shows the new 4.7″ screen and the faster Apple A8 chip. Another thing the iPhone 6 is going to have is NFC module for mobile transactions. Bad news for all those who want a scratch proof screen. The iPhone 6 is not made of sapphire because it is very expensive to manufacture. Instead, it uses a cheaper resistant glass.

Also Read: Official Price Of The Samsung Galaxy Note 4 Is Out

The volume buttons are on the side and the front facing camera is now on the side of the earpiece. On the iPhone 5 and 5s the camera was above the earpiece. Watch the full iPhone 6 teardown and disassembly video.

Is The HTC One M9 Easy To Repair? Watch The Teardown Video

Full Guide To Repair & Replace Parts on OnePlus One (Disassembly)