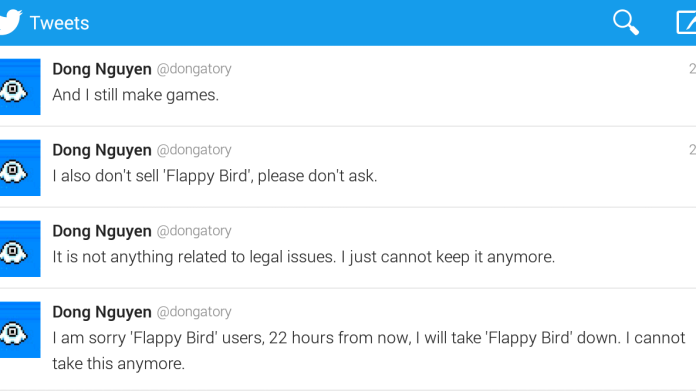 It’s official! Flappy Bird just got deleted from Play Store and App Store. The addictive game which had a huge success these two months was removed from Android and iOS because it’s developer couldn’t handle all this anymore.

You heard it right! If you haven’t ever played this game or uninstalled it because it made you mad, you can’t download it again.

However, there’s a good news too. All the users who have already downloaded and installed Flappy Bird can still play it as they don’t have to delete it. 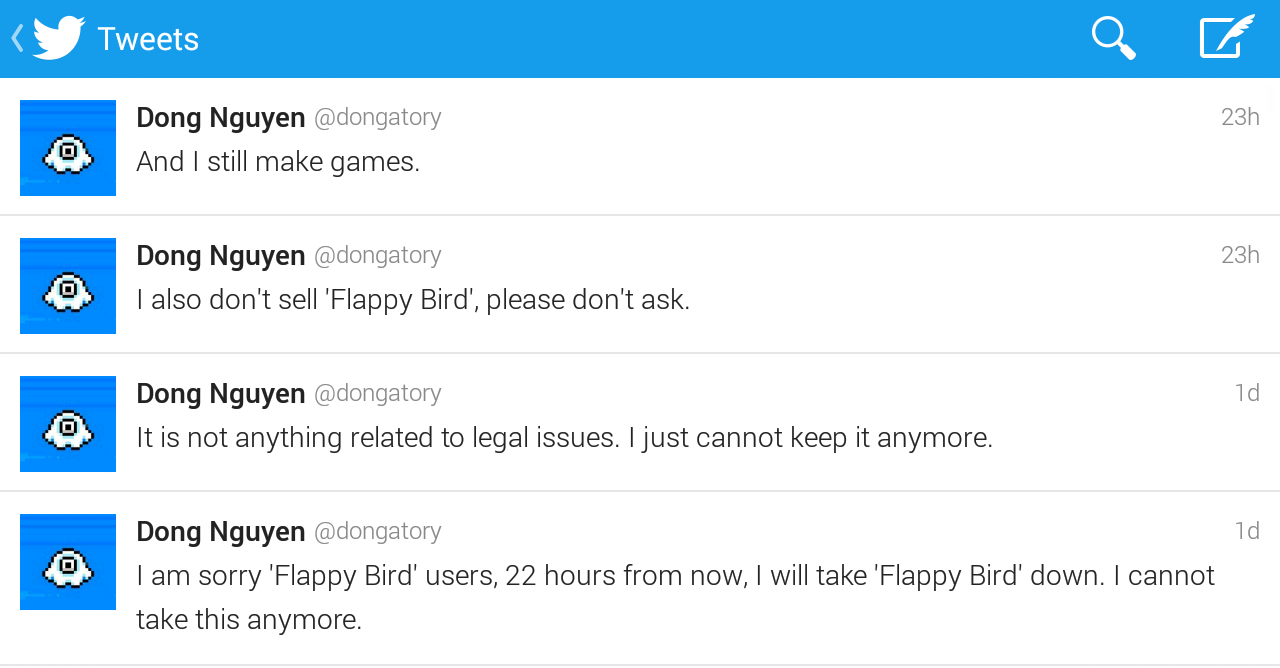 But why did the developer delete this game which was on top of the charts as one of the most downloaded and popular games for Android and iOS? (50.000.000 downloads).

If you have followed the developer on Twitter (Dong Nguyen), you already know why. Dong Nguyen tweeted 4 times yesterday saying that he will be deleting the game within one day.

He deleted it because not of legal issues but because he just couldn’t take all this stress anymore. He also said that he isn’t going to sell the game and will be creating new games soon.

As you can see, he really deleted Flappy Bird after one day. Well, it’s his game and his decision anyway. Have you downloaded Flappy Bird to your phone or missed it?

Previous article3 Things the iPhone 6 Must Have to be Revolutionary and Compete with Latest Androids
Next articleSamsung Galaxy S5 has a Fingerprint Scanner, Water Resistant Body, New Processor, Camera, Design, User Interface and Faux Leather Back Cover