How To Fix Low Internal Memory Storage On Galaxy S5 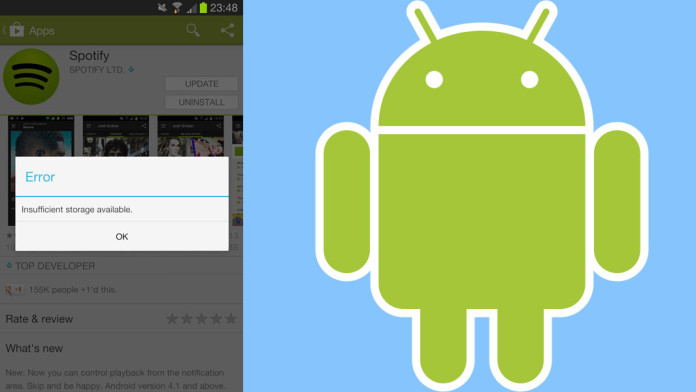 Some users are reporting low internal memory storage problems on their Samsung Galaxy S5 devices. When they try to download an application from the Play Store, “Insufficient Storage Available Error” message will show up. The same thing will happen if you try to transfer files from the PC or another phone to your Samsung Galaxy S5.

This error can show up every time even when the memory is empty and you haven’t downloaded any games or music. This is a software problem and most of the times it can be easily fixed. The problem is with the software of the phone which thinks the memory is full when in fact it is not.

But it is also a normal problem when you have downloaded a lot of apps, games, photos and music on your phone. We will give a few tips and tricks to fix low memory storage error message on your phone.

If the phone says memory is full and you haven’t downloaded anything, the problem is on the firmware. It has been corrupted and you need to reinstall it. You can either install the same firmware or install a different one. It doesn’t matter. Once you have flashed stock firmware through Odin, make sure to wipe data and factory reset.

The Samsung Galaxy S5 accumulates a lot of useless cache that doesn’t have any functions. It is designed to make the phone faster but in reality the difference is very small because the Samsung Galaxy S5 is very fast even without cache. And sometimes the cache can go over 3 or 4 GB.

Imagine having 4 GB of memory storage taken by useless files. Deleting them manually is very time-consuming because you have to find all the hidden folders. To delete them quickly, download and install the best cleaning app for Android, Clean Master. Clean Master automatically detects and deletes all cache that your Samsung Galaxy S5 has.