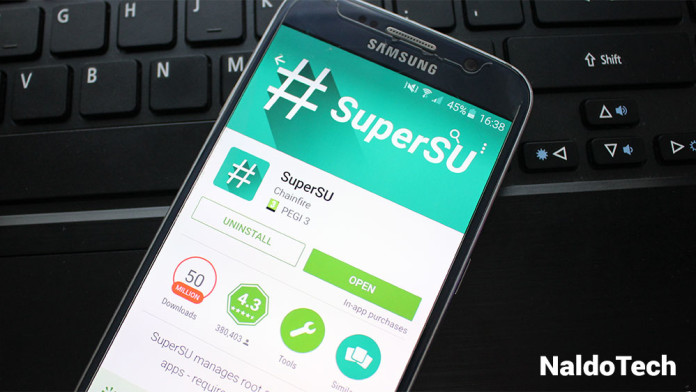 Chainfire has issued an update to the popular app for rooted Android users, SuperSU. The most recent version of SuperSU with version number v2.66 fixes some bugs, one of the most important fixes being deep sleep mode on Samsung Galaxy S6 running on Android 6.0 Marshmallow.

If you have updated your Galaxy S6 to Marshmallow and rooted it using SuperSU, you probably know that the phone suffers from deep sleep issues. The phone doesn’t want to go into deep sleep mode causing noticeable battery drain. Chainfire has acknowledged this problem and has fixed it on SuperSU v2.66.

The Samsung Galaxy S6 has yet to receive an official Marshmallow update from Samsung, but the leaked Marshmallow TouchWiz firmware has proven to be very stable and can be used as a daily driver. Furthermore, you can root it using Chainfire’s SuperSU without worrying about deep sleep or battery drain.

How To Fix Galaxy S6 Marshmallow Battery Drain With SuperSU

Chainfire has updated the SuperSU app on the Play Store but simply installing the APK file won’t fix the problem. You need to flash the proper ZIP file for the fix to work. You need the SuperSU file and TWRP custom recovery to flash it.

Download TWRP and SuperSU on your computer. Extract the ZIP file which contains TWRP to get a .tar file but don’t do anything with SuperSU. Don’t extract it. Only copy it on your phone.

Now your Marshmallow Samsung Galaxy S6 is rooted running on the latest version of SuperSU with deep sleep fix.