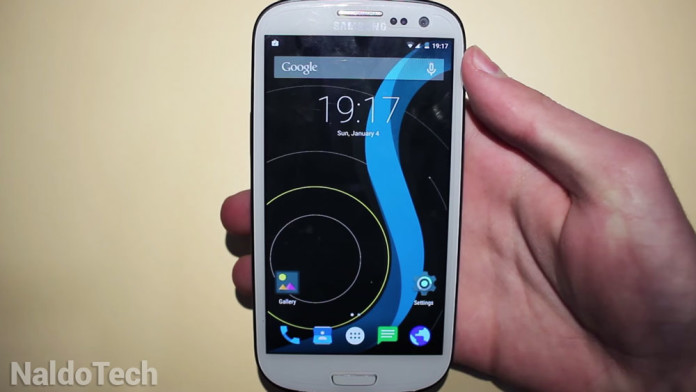 SlimLP has proved itself to be one of the most trusted custom ROMs for Android devices. The aim of the ROM has always been to bring the latest and greatest Android experience to most of devices, flagship or low-end.

It is always great seeing a new version of Android getting released by Google. Every version comes with enhanced settings and overall improved performance. The bad thing is that the latest build makes its way into only a small amount of devices, including flagship OEM and Nexus devices.

But there are more than 10 types of devices in the middle of 1 billion units sold last year. This means that only a small, but very small amount of people get to enjoy Lollipop. Manufacturers simply forget and do not care to update their older devices to newer versions of the most popular mobile platform.

This way, disappointed users turn their heads to other alternatives, one of them being developers. A handful of developers work on their own, creating custom ROMs for specific devices. There are also developers who work together to create a universal ROM for multiple devices. SlimROM is one of them. When Google released Android 5.0 Lollipop a few months ago, first builds of SlimROM surfaced to the internet. However, all those builds were unofficial and not developed by the team of SlimROM.

Today, we have good news for all users who love SlimROM. The team has released SlimLP Alpha 1.0. SlimLP is based on Lollipop. They are weekly which means new builds with bug fixes and software improvements get released every week.

Because it is still in Alpha stage, SlimLP is not completely stable and does not support all devices just yet. Still, it is available for a good amount of devices including LG G2, Sony Xperia Z1 Compact, Ultra, HTC One M7, M8. Galaxy S3, Galaxy S4, Galaxy Note 4, Nexus 5 (hammerhead), Nexus 6 (shamu), and more.

You can take a look at all supported devices here.

How to install SlimLP Alpha 1.0 Weekly

First of all, make sure you have a custom recovery installed. If you do not have one, you will not be able to flash the ROM.

Wait for a few minutes for the phone to boot up. Please note that even though there are no major problems with the ROM, some small bugs might occur from time to time.