In this article we are going to show how to enable surround stereo speakers on the Samsung Galaxy S5. Samsung’s flagship device is one of the most popular and demanded Android phones of the year.

It has features and specifications that no other phones have. It has a super bright Full HD screen, octa core processor, 2800 mAh battery, 16 MP camera which can record sharp 4K and slow motion videos and Android 4.4.2 KitKat with Touchwiz features on top.

It would be a great thing if the Galaxy S5 would have dual stereo front facing speakers like other flagship Androids have including the Sony Xperia Z2, Xperia Z3, HTC One M7, HTC One M8 and the new Moto X 2014 variant. 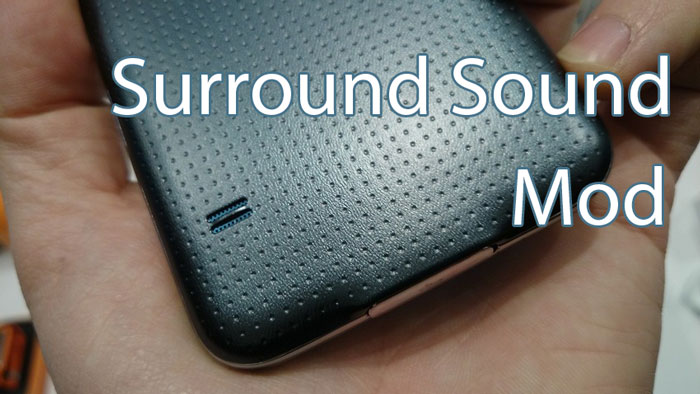 Because the speaker quality isn’t the best, developers have done something useful and unique. They have created a mod which enables both speakers on the Galaxy S5. So, when you play a song, the music will come from the main speaker and also from the front earpiece which is normally used for phone calls.

The front speaker is quite powerful. The volume is higher than you would expect, even though it is not as loud as the main speaker on the back.

Users have reported that this method also works on the Samsung Galaxy S4, Galaxy S3 and Galaxy Note 3.

Now, when you play a song on your Samsung Galaxy S5, the sound will come from the main speaker on the back as well as from the earpiece on the front and will give surround sound like effect.