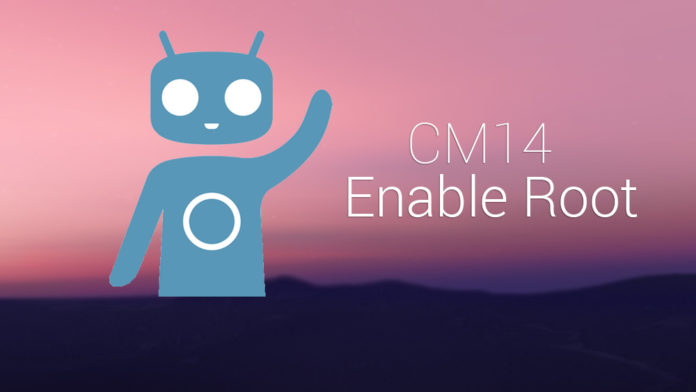 If your phone is stuck on older versions of Android, which can be 6.0 Marshmallow or 5.0 Lollipop, then CyanogenMod 14 will help bring your phone to life by updating it to Nougat 7.0. This Android version has many new features which make it worth updating.

To install CyanogenMod 14 on your phone, you will need a custom recovery such as TWRP or PhilZ, based on your phone model of course. As with every version of CM, CyanogenMod 14 allows you to do many things that you cannot do on a stock Nougat firmware. There are many options which allow you to customize the phone.

But, if you want to take full advantage of the phone and the ROM, then you will need root. Root is the key when it comes to unleashing the full powers of an Android device. If you have installed CyanogenMod 14 and want root, do not worry. You don’t need to flash any custom kernels or any mods.

CyanogenMod 14 comes pre-rooted, but root access is disabled by default. This is the case with previous CyanogenMod versions as well, including CyanogenMod 13. If you want to have root access on CM14, you will need to enable it. Luckily, enabling root is very easy.

How to root/enable root access on CyanogenMod 14 Android 7.0 Nougat ROMs

That is it. Now your CyanogenMod 14 Nougat device will have root access alongside one of the most popular ROMs in the world. Enjoy a phone without software limits.