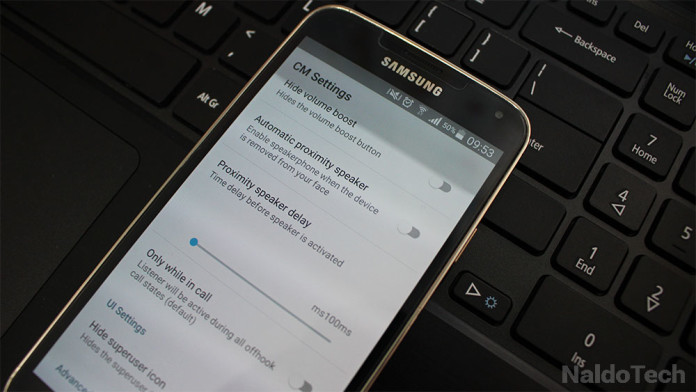 It is safe to say that CyanogenMod 12 is the most popular and used ROM at the moment across Android devices. CyanogenMod has been around for a long time and developers know how the ROM works and creating builds for new devices is not difficult.

CyanogenMod 12 has reached flagship and old devices, delivering the latest and greatest Android 5.0 and 5.1 Lollipop experience. That is why if the OEM doesn’t update your phone to Lollipop officially, the best alternative is to flash a CyanogenMod 12 ROM.

If you have been running a CyanogenMod 12 ROM based on Android 5.0 Lollipop, you have probably noticed that some important features that every previous CM ROM has are missing. CyanogenMod 12 is based on improved stock Android 5.0 ROM with extra features and optimizations. But since CM12 is relatively new to the market, developers haven’t had time to implement all the features and options that CyanogenMod 11 based on KitKat has. One example is the Theme Engine. At first, the engine wasn’t available but the team included it in the following updates.

Current CM12 ROMs lack the ability to record phone calls and aren’t able to turn the loudspeaker on when you take the phone away from your face. Luckily, member “art.montesinos” has created an Xposed module called CM Options that aims to bring back all the missing features on CyanogenMod 12 that are present on older builds.

How To Enable Missing Features On CyanogenMod 12 (CM Options)

To install and activate the module, you need to have Xposed framework installed on your phone for Lollipop. If you haven’t installed the framework, read how how to install Xposed on Lollipop.

Your phone running on CyanogenMod 12 custom ROM will enjoy all the missing features like call recording, debug logging, volume boost button, automatic proximity speaker and the ability to hide the superuser icon.