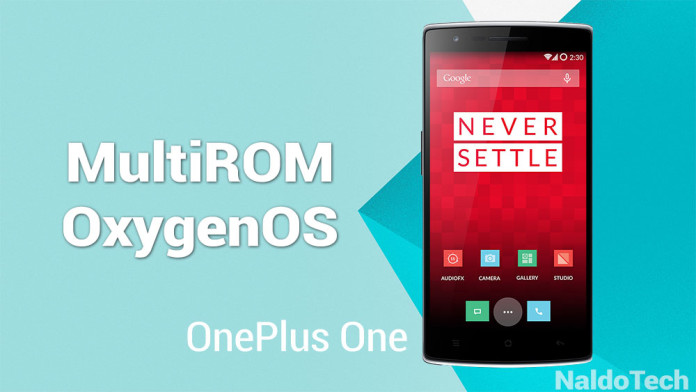 If you are a proud owner of the popular phone OnePlus One, often called as the “flagship killer”, you know about the latest ROM released by the OnePlus One team called OxygenOS. OxygenOS is a ROM created and developed by OnePlus. It is based on Android 5.0.2 Lollipop and resembles the stock experience of Google devices.

OnePlus was obligated to create the OxygenOS ROM because Cyanogen decided to break the partnership to go with Micromax. Because of this, Cyanogen would no longer update its CyanogenMod 11S ROM. If you haven’t gotten the chance to install it, follow this guide how to flash OxygenOS ROM on OnePlus One.

Besides the fact that you can now finally switch from the old CyanogenMod 11S to the brand new OxygenOS ROM, there is another good news. A recognized developer named “KINGbabasula” has released a modified version of MultiROM that allows you to flash the latest OxygenOS ROM as well as other ROMs at the same time and choose the one you want to use when the phone reboots.

The modified version of MultiROM allows you to flash the OxygenOS Android 5.0.2 Lollipop alongside other ROMs which can be CyanogenMod 11S or other custom ROMs. You can set OxygenOS as the primary ROM and then flash secondary ROMs.

All you need to do is to download the modified MultiROM file here. If you don’t know the installation process of MultiROM or how to install multiple ROMs at the same time, follow this guide.

You will be able to download all the requires files, as well as learn how to flash a primary and a secondary ROM and switch between those two. Enjoy multibooting on your OnePlus One.