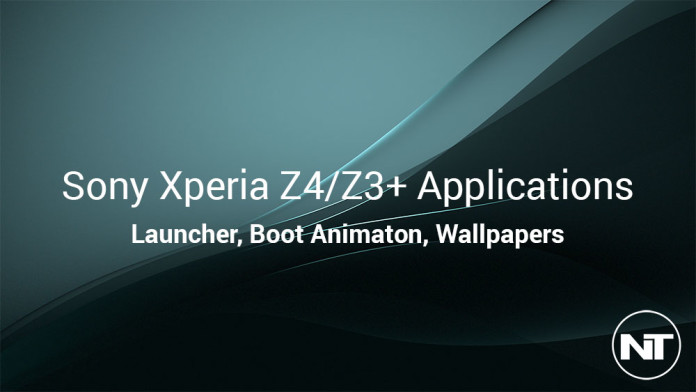 Sony announced its upcoming flagship phone, the Sony Xperia Z3+, Z3 Plus or also known as Sony Xperia Z4 in May and will make the device available for stores this June. The Sony Xperia Z4 is the next attempt of Sony to get better sales in the mobile department, after the failure of the Xperia Z3.

If you like this device and are planning to buy it, you can try some of its software goodies while the device becomes available worldwide. The device hasn’t been released yet and you can already enjoy Sony Xperia Z4’s launcher APK, ringtones, boot animation and wallpapers and live wallpapers.

You can use the Xperia Z3+ ringtones, wallpapers and live wallpapers on every Android phone you want. The boot animation and launcher APK should work on Sony Xperia devices like the Z3, Z2, Z1 and Z but you can try on other devices as well, just make sure to have a backup if it doesn’t work.

Enjoy the Xperia Z4 software goodies on your phone. For any questions, let us know below.