Below you can download the stock wallpapers and live video wallpapers extracted from the firmware of the Samsung Galaxy S20. A lot of information has been released about the phone, even though it will not be launched until February 11th. We have seen the first live pictures of the actual phone, the camera module, and its layout. Some specifications including RAM memory, internal storage, and battery size have also been released.

Even though the phone hasn’t been announced yet, the stock wallpapers of the Samsung Galaxy S20 have been released online. An exclusive of XDA, the wallpaper pack of the Galaxy S20 contains 8 high-quality wallpapers and 2 live videos. All 8 wallpapers come in the resolution of 3200×3200 pixels. This is one of the highest resolutions we have seen for this kind of wallpapers. 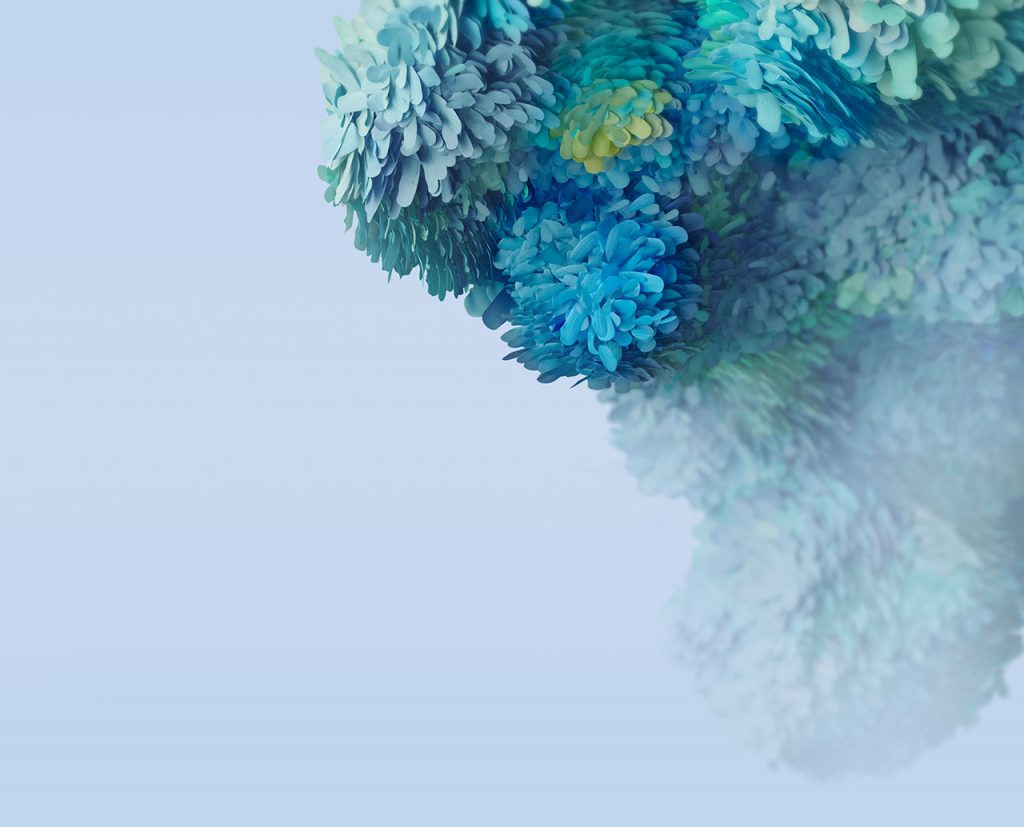 Some of the wallpapers look like flower petals and some look like water bubbles. The wallpapers come in different colors such as red/pink, purple, blue, white and black.

The download link contains all of the wallpapers in a single archive package. Once you download the wallpaper archive, extract it. You will see a new folder named “S20 Wallpapers”. Inside this folder, you will find the 8 images and 2 live videos. Select one of the images, tap on the three little dots on the top right corner and tap on “Set as wallpaper” and select between home screen, lock screen or both.