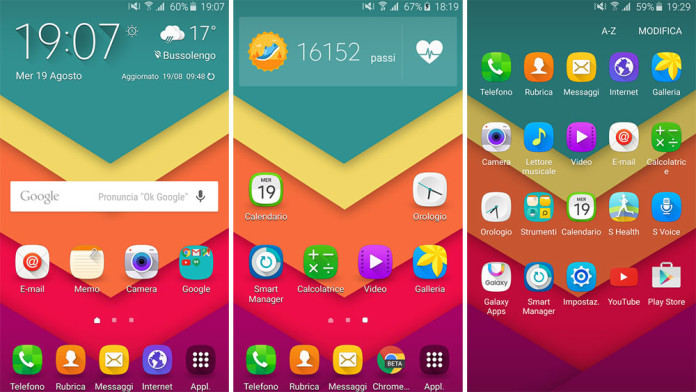 The Samsung Galaxy Note 5 has seen an increase in popularity compared to the Galaxy Note 4. Although it has the same screen size and display resolution, the Galaxy Note 5 comes with improved processor, more efficient curved design and redesigned S Pen which now can be clicked.

Even though users are interested in the Galaxy Note 5, Samsung decided to limit the number of countries where the device will get launched, together with the Galaxy S6 edge+. At the moment, many European users will not be able to buy the Galaxy Note 5 or S6 edge+.

If you are planning on buying the Samsung Galaxy Note 5, you can make the waiting process easier by installing some of the Note 5 apps on your current phone. We already have the complete Galaxy Note 5 stock wallpaper pack, but now developers have released even more apps.

One of the most requested apps from the Note 5 is the TouchWiz launcher. Even though the  TouchWiz firmware is similar to the one on the Galaxy S6, the Note 5 has new icons and some added functionality. The icons have round corners and complement the new UI.

The Samsung Galaxy Note 5 TouchWiz launcher will appear. If you do not like it or if you fail to make the launcher work, you can restore the original launcher on your phone.