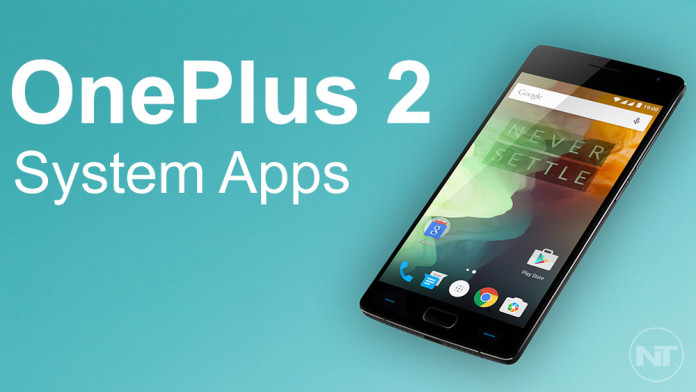 It took only a few days for someone to pull the official OnePlus 2 OxygenOS 2.0 ROM and release it to enthusiast Android developers. A couple of days ago, official OnePlus 2 wallpapers in full quality became available online, with a notice saying system apps were next. The OnePlus 2 is the second flagship phone from OnePlus which comes with OxygenOS 2.0, an updated and improved version of Android 5.1.1.

OxygenOS 2.0 brings new, custom applications for OnePlus 2 users. Thanks to Android for being an open source platform, member CraZY_BoY^ extracted all system applications, framework, lib, lib64 and priv-app. This means that all OnePlus 2 apps have become accessible to Android users.

According to the member who extracted the system apps, only a few applications are working, such as AudioFX app and camera app. These published apps are not ported or optimized for other devices, but they should work on stock Android phones, on Vanilla Android or AOSP and CyanogenMod 12 and 12.1 ROMs.

If you want to check out these apps on your Android phone, download the entire app pack below.

Extract the zip file and install the APK files you want to test on your phone.

OxygenOS 2.1.2 OTA Update Rolls Out To The OnePlus 2