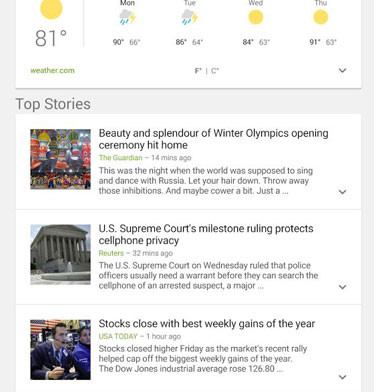 Google has just released updated version of Google News and Weather with Material Design. Android L has attracted a lot of users, Android and iOS phone owners. It has features that haven’t been present on previous versions of Android.

Along performance improvements and better battery life, Android L introduces a new user interface called Material Design. It is a new interface with vivid colors and offers better user experience. Even though Android L hasn’t been officially released for any device yet, many applications have already implemented Material Design theme.

If you want, here is a full list of Android apps with Material Design. However, these are not official Google applications. These are third-party apps which are mimicking the official Android L theme. But Google has updated Google Weather and News to a new version which includes the new design. 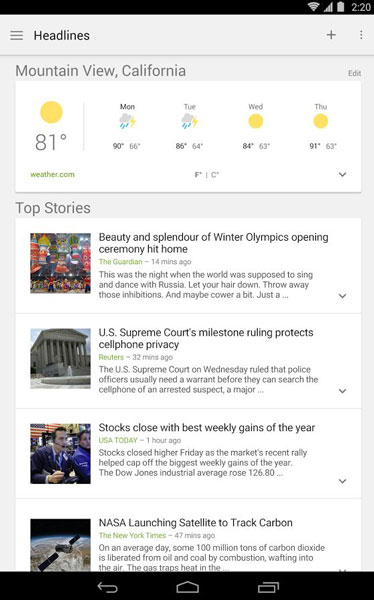 Google has never updated this app. The reason for this is that the application has always worked great. The tech giant had to update it only to include the new design. Even though the new design has more visual changes, there are a few options added too.

It has a new slide-out menu which allows you to switch between different categories. There is a new main home screen with weather indicator and top stories. Download new Google News & Weather with Material Design.