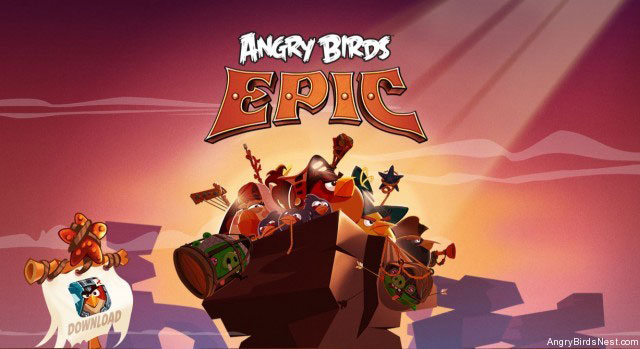 Rovio launched a trailer a few days ago showing the basic features of the game and apparently, it’s not like the previous games. “Epic” has included a new genre: RPG.

Unlike other versions of Angry Birds where you had to shoot all the pigs with different birds launched from a catapult, here you have to create good strategies if you want to beat all the piggies.

The game is a lot of fun and if you are really good at making strategies, you’ll love it. At the moment, Angry Birds Epic is available only for iOS devices and only in a few countries. However, it will be available worldwide in the upcoming days.

One thing that this game has, like many other apps is IAP (In App Purchases). Since the game is free, you have to handle ads inside the app and if you want to complete the game you have to buy upgrades to beat the levels.