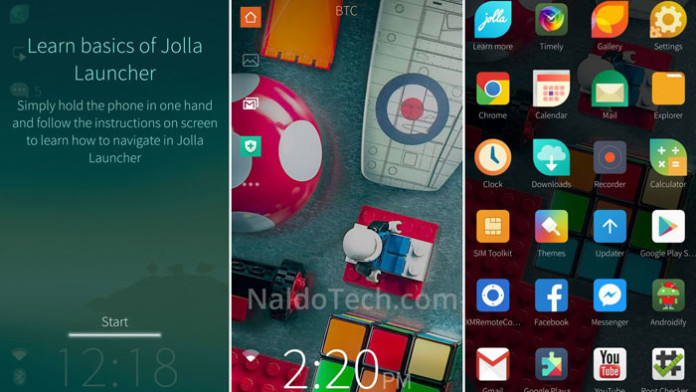 Download and install Jolla Sailfish OS launcher APK on your Android phone. Jolla is the company behind the Jolla phone. Yes, the phone is called Jolla Jolla and as you might have guessed it by now, it is not a name that has taken a lot of time for developers to create.

The phone runs on Sailfish, a new operating system which is based on MeeGo. MeeGo was another OS based on Linux which didn’t receive a lot of attention and didn’t create a stable user base.

And to be fair, Sailfish is not doing great either. The Jolla phone is too expensive to justify its mid range specifications and the user interface is mostly based on user gestures and motions.

Even though the phone is not doing great, it doesn’t mean that the operating system and the user interface is bad. In fact, it is the opposite. The OS is very intuitive and interesting for users who have never tried it before. 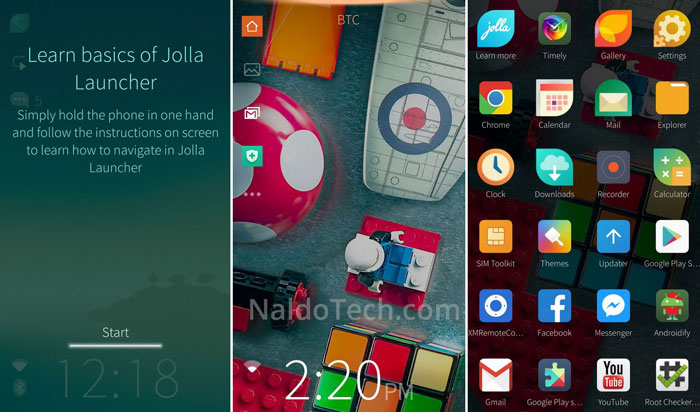 The launcher is quite similar to stock Android launcher when you compare the app drawer. But the home screen is completely different. There are 4 apps at the bottom which have the shape of Jolla logo.

How to install the APK file:

1. Open File Manager and go to Downloads. The download location is different for various Android phones.

2. Tap on the file and press Install. Make sure to enable Unknown Sources.

3. Wait for the installation process to finish.

When you open the launcher for the first time, you will be greeted by a welcoming screen which says “Learn basics of Jolla launcher” and gives you instructions how to use the launcher properly.