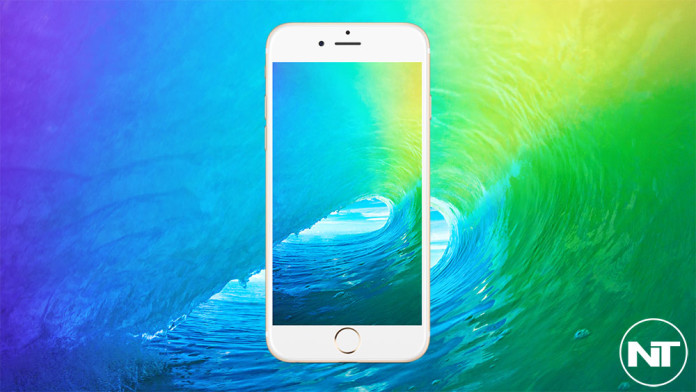 Apple has done a lot of work with iOS 9. Well, the user interface is basically the same as iOS 8 but a lot has changed under the hood. Siri is smarter and now is able to understand more commands. The UI has changed ever so slightly and it can actually tell you who the person is from an unknown number.

Maps navigation app now has a new feature called Maps Transit. Apple Pay is also coming to stores in the United Kingdom. Latest iPads will enjoy the ability to multitask. iOS 9 allows iPad users to launch and use a second app. However, it will close as soon as you tap on the first app.

iOS 9 will officially roll out in a few months with the release of the iPhone 6s. However, users who have an Apple Developer account can download the latest iOS 9 beta version.

If you don’t have a developer account, you have to wait for the official release. In the meantime, you can try the new and official iOS 9 wallpaper. Apple didn’t bother to add a lot of new wallpapers. Most of the images on iOS 9 you can already find on iOS 8. However, there is one brand new iOS 9 wallpaper that Apple used on the presentation event.

Download the full resolution image above and then you can set it as a wallpaper background on your iPhone, iPad and even Android devices.