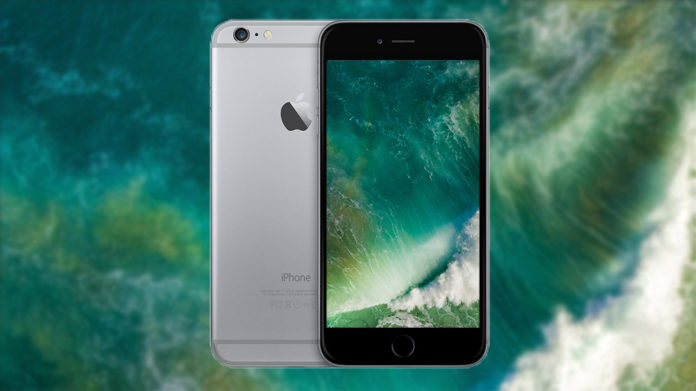 If you don’t want to install the new iOS 10 beta version, at least you can download and use the official stock iOS 10 wallpaper to make your phone look like it has the latest version of iOS. WWDC introduced the new iOS 10 mobile operating system with new features aiming to make everything easier to use, from replying messages faster to using a smarter and much more improved Siri thanks to open API, which allows developers to integrate their apps into the virtual assistant.

If you want to update from iOS 9 to iOS 10, you will get ‘raise to wake’, which essentially activates the screen of the phone when the device is picked up, rich lock screen notifications, simpler and easier to use Control Center, lock screen and widgets, improved Apple Maps and more. Also, now there is a ‘clear all notifications’ button which when pressed, removes all the active notifications from the notification menu.

iOS 10 is available to download as ‘beta’, meaning it is buggy and full of problems. If you are waiting for the official release of iOS 10 to all supported Apple devices sometime in September, you can at least download the official high-resolution iOS 10 stock wallpaper.

Even though iOS 10 is hard to crack, the wallpaper isn’t a difficult thing to get. Users over at Reddit have managed to receive and upload online the official iOS 10 wallpaper. The wallpaper, called “The Green Wave” shows an aerial view of an ocean wave. The image is dominated by the green color, hence the name.

The wallpaper has a resolution of 1242 x 2208 which is more than enough for your iPhone 6s and even for the Full HD display of the iPhone 6s Plus. Of course, you can use the wallpaper on other devices as well, iOS or not.