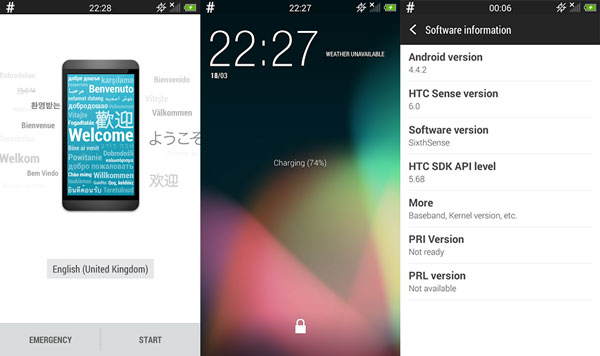 Do you want to enjoy latest and greatest software goodies of the HTC M8? You can download M8 ROM with Sense 6 for your Evo 4G LTE now. The new HTC One has been available worldwide just for a few days but this hasn’t stopped he developers to take its firmware and port it to their devices for the pleasure of people who are using these older handsets. This turn, it is time for the aging device that is almost two years old now, Evo 4G LTE.

HTC didn’t support this phone for a long time. The company released it with Android 4.0.3 Ice Cream Sandwich and never updated it to later versions, not even to Jelly Bean. Still, developers already ported the M8’s ROM to Evo 4G.

You can try this port if you want to test the latest and greatest launcher, Sense 6. But don’t try to use it as a daily driver as it isn’t that stable just yet. A lot of thing are working such as WiFi, NFC, Bluetooth and the overall performance is decent.

There are a few things that are buggy and do not work perfectly such as camera, sound, call signal and mobile data. The ROM is still at initial release so updates are on the way to make it a daily driver.

Download M8 Sense 6 Port ROM for Evo 4G LTE here. As usual, to install it, move the zip file to your phone’s memory, boot it into Recovery Mode and flash it.