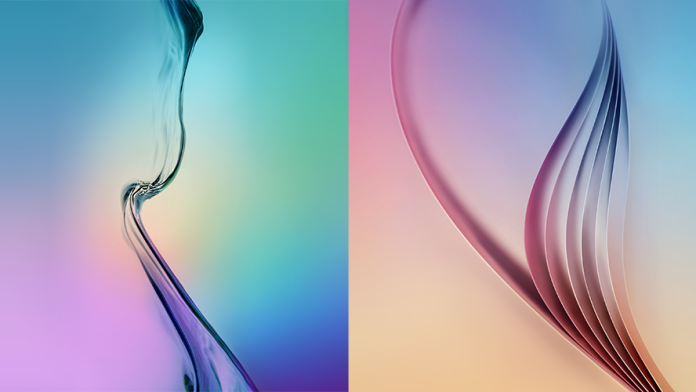 The Samsung Galaxy S6 and Galaxy S6 Edge will be announced tomorrow during Samsung’s official announcement event which will take place in Barcelona, during MWC (Mobile Word Congress). Based on what we have seen until now, the Galaxy S6 will be the best device that Samsung has ever released, now featuring a full metal body accompanied by glass front and back.

We already know its official specifications, thanks to exclusive information and photos that various users have posted. Nowadays, nothing stays hidden, even if it is an unannounced flagship device from Samsung. While we are waiting for the official release, you will be happy to hear that finally, the official wallpaper that will come as the default image on the Samsung Galaxy S6 and Galaxy S6 Edge has been released.

The most popular site for all Samsung news, SamMobile has decided to gift all Android enthusiasts with the official Galaxy S6 and S6 Edge wallpaper, which will be the default home screen or lock screen wallpaper.

SamMobile has released two wallpapers, and both are much simpler than images we are used to see on the Samsung Galaxy S5 and Note 4. On those devices, the images are sharp with many things going on at the same time.

But this isn’t the case with these two wallpapers. They are simpler, with a few gradients and a wave going from the bottom to the top. They look sleek and are definitely a decent replacement to your current wallpaper.

Both of the images come with the resolution of 2240 x 2440 pixels. The resolution is higher than everything we have seen before. The image ratio is 1:1 or square. Square wallpapers have been used for a long time on Samsung devices to accommodate extra home screen panels.

Once you have downloaded both of them, it is time to set them as wallpapers on your phone. Go to the gallery app on your phone, open one of the images and select is as a home screen or lock screen wallpaper. Do the same thing with the other image.