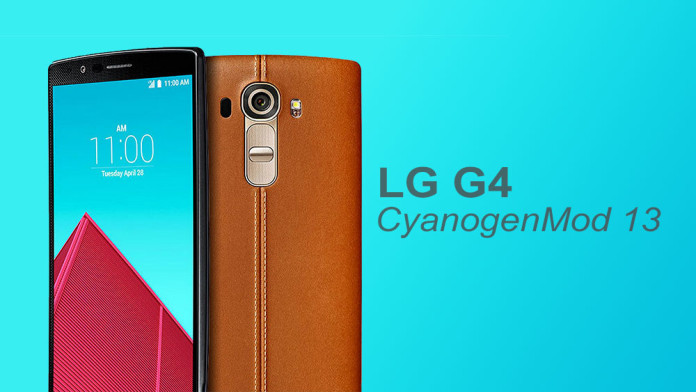 The international variant of the LG G4 with model number H815 has received official support from CyanogenMod. At the moment, the LG G4 is running on Android Lollipop and a Marshmallow update is planned for the near future. In the meantime, CyanogenMod 13 is the way to go to enjoy Marshmallow on the LG G4 H815.

CyanogenMod has provided official support for the LG G4 by releasing the first official CyanogenMod 13 nightly build. We have preciously seen some CM13 builds considered beta for the device. But CM13 nightly is far more stable and most of CM functions are already working. The main reason to install the ROM is to enjoy Marshmallow.

Additionally, you get better performance and CM features such as Theme Support and Pie Controls. This is a nightly build so it is not as stable as ‘Snapshots’, but it can be used as a daily driver. As with every ROM installation, you need a custom recovery and the necessary Google Apps. A backup is also recommended.

How To Install CyanogenMod 13 Nightly on LG G4 H815

Install the latest version of TWRP on your phone and transfer the CM13 ROM and Gapps from the computer to the internal storage. Turn the phone off and go into recovery mode. In recovery, go to Backup and make a full backup of the firmware. Then perform a factory reset and wipe data. Select Install and choose the CyanogenMod 13 ROM zip file to flash.

Then flash Marshmallow Gapps to install the most important Google apps. Once you have installed all the necessary files, reboot your phone. Wait for a couple of minutes for the phone to boot up. The first boot might take a while so be patient. Enjoy CM13 on your LG G4.