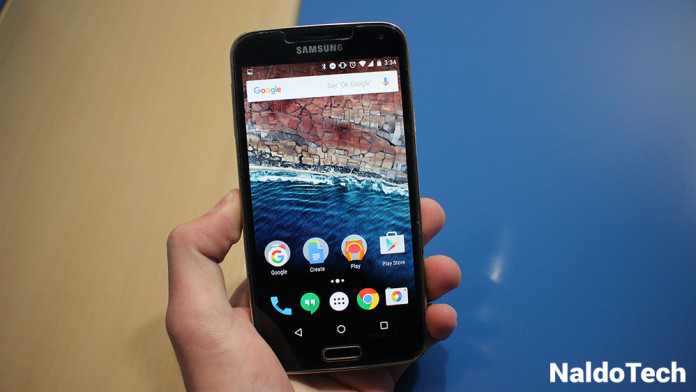 This makes it the second CM13 build that the Samsung Galaxy S5 receives. The first ROM was a beta unofficial build based on CM sources. The second ROM is created and developed by the CyanogenMod team. The build is nightly which means most of the things are working with the exception of some little undetected bugs.

CyanogenMod 13 is a modified version of stock Marshmallow. It comes with extra features and optimizations. And you can install it now on your Samsung Galaxy S5 (KLTE SM-G900F).

How To Install CyanogenMod 13 Nightly on Samsung Galaxy S5 (KLTE)

You need a custom recovery like TWRP or PhilZ to successfully install CM13 Nightly ROM on your Samsung Galaxy S5. Additionally, you will need Marshmallow Gapps package to enjoy all the Google apps and services.

Download both the ROM and Gapps on your computer and then transfer them to the internal storage of your Samsung Galaxy S5.

Wait for the phone to boot up. Since this is a custom ROM based on Android 6.0.1 Marshmallow, the first boot might take a while so be patient.