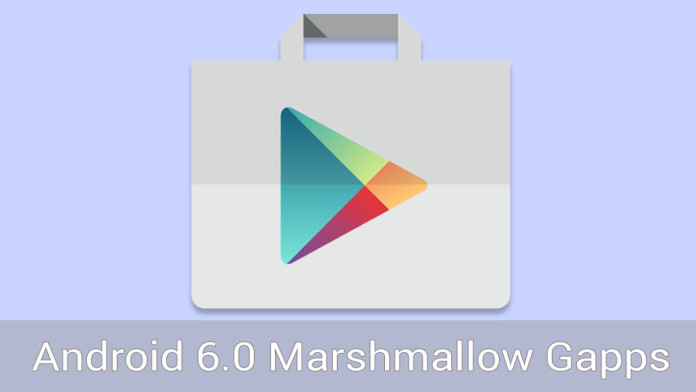 Google Apps, often called simply Gapps are an important part of every Android phone. As the name says, Gapps are all applications made by Google designed for your Android. When you flash a stock custom ROM, in this case an Android 6.0 Marshmallow ROM, you need to flash Google Apps as well to get the most of your phone’s services, such as Play Store, YouTube, Google Framework Services, Chrome, Clock, Google Now Launcher, Google Keep and much more.

When you flash a stock custom ROM, you won’t be getting any of the applications mentioned above. In the past we have talked about older versions of Google Apps for Android 5.0 and 5.1.1 Lollipop, and now we have working Gapps for Android 6.0 Marshmallow ROMs.

This is certainly useful when installing AOSP ROMs such as CyanogenMod. Google Apps come in different packages. There are five types of Google Apps that you can install. There is ‘Full Gapps’ which includes the entire list of Google Apps, and then other types which have less apps, including only the most important ones.

Download your preferred Android Marshmallow Gapps zip file, move it to your phone and flash it. Enjoy all Google Apps on your Marshmallow Android.