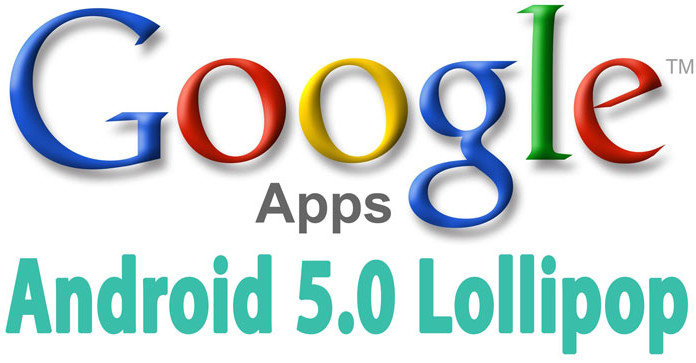 Finally, now you can download and install Gapps (Google apps) on Android 5.0 Lollipop ROMs. Since Google officially announced Android 5.0 Lollipop and released the source code and Developer Previews for Nexus 5 and 7, developers have started working all day and all night.

The good thing about the open source nature of Android is the fact that a user doesn’t have to wait for official updates from manufacturers. Developers can take a firmware or ROM of a another device and port it to another phone.

We have seen a lot of Android 5.0 Lollipop based ROMs for many Nexus and non Nexus devices like the Samsung Galaxy S3, Galaxy S3 mini, Sony Xperia Z1, Z2 and Z3.

Developers are working so hard that they are fixing all available problems and issues. WiFi, 3G/4G LTE mobile data and system applications work without any problems.

But what is the point of having a usable Android 5.0 Lollipop ROM when there are no Gapps, also known as Google Apps? Gapps is a pack which has all Google apps like Play Store, Gmail, Google Camera and YouTube.

Now that these ROMs have access to internet, you need Google Apps. Until this moment, there were no Gapps available for Android 5.0 Lollipop ROMs. Users tried to flash CM11 Android 4.4 KitKat Gapps on Lollipop but they caused phones to bootloop.

Now, you can download and install CyanogenMod 12 CM12 Android 5.0 Lollipop Gapps on your Android phone. This pack has all the Google apps and they all work.