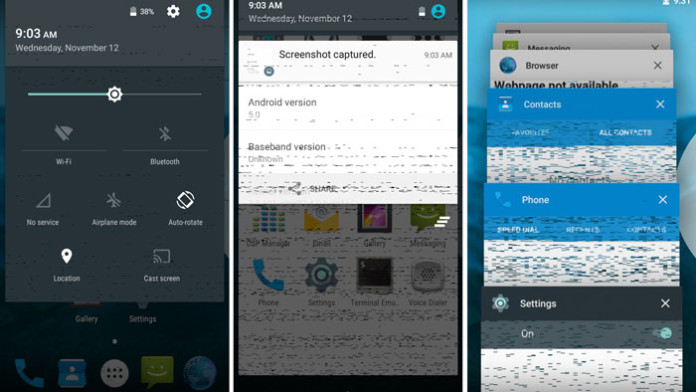 The Samsung Galaxy S3 is undoubtedly the best phone Samsung has ever created. Even though today it doesn’t have the best specifications on the market since it is 2 years old, it was one of the fastest smartphones back in 2012.

Even today, it is Samsung’s most sold smartphone ever, selling millions of devices in a single month. Because of this, the Samsung Galaxy S3 has a huge fan base with millions of people still using the phone.

There are a lot of developers creating ROMs, kernels and mods for the phone. Some of these developers are JustArchi and Arter97. These two developers have done a lot of amazing things in the past, and now they come with another creation.

A few days ago, we saw a beta build of Android 5.0 Lollipop AOSP ROM on the Samsung Galaxy S3. Today, another ROM has been created for the phone and it is the CyanogenMod 12.

CyanogenMod is one of the most popular ROMs for Android devices. It is stable, fast and gets updated often. JustArchi has been able to port the CyanogenMod 12 ROM on the Samsung Galaxy S3.

Of course, as with the other ROM, CM12 is not stable. It has a lot of bugs and it is designed for testing purposes only. But if you want, you can install it on your phone right now. The installation process is simple.

How to install CyanogenMod 12 ROM 5.0 Lollipop on Galaxy S3:

The first boot will take around 4-5 minutes because it is a new version of Android. Once it boots up, you can enjoy some of the features of 5.0 Lollipop.