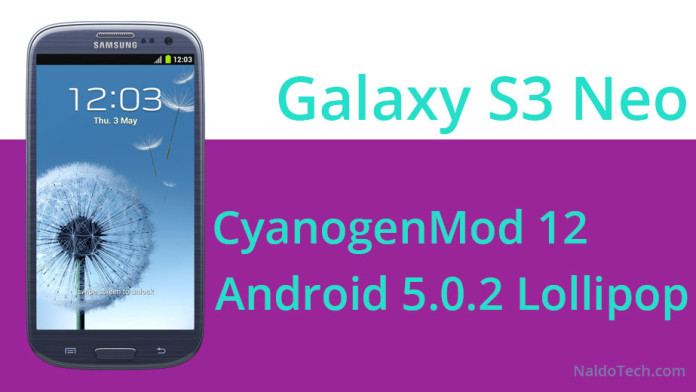 How to download and install CyanogenMod 12 ROM build on the Samsung Galaxy S3 Neo GT-I9300I. The ROM is almost stable and can be used as a daily driver. There are no major bugs and the only issues are minor which won’t stop you from installing it.

The Samsung Galaxy S3 Neo is the younger brother of the original Galaxy S3. It has the exact same specifications. It has the same 4.8 inch HD screen, 8 MP camera and the same body design. The only thing that are different are the processor and slightly more RAM memory. It has 1.5 GB RAM instead of only 1 GB.

It comes with Android 4.3 Jelly Bean but Samsung has updated it to Android 4.4.4 KitKat. However, Samsung doesn’t have in plan to update the Galaxy S3 Neo to Android 5.0 Lollipop any time soon. 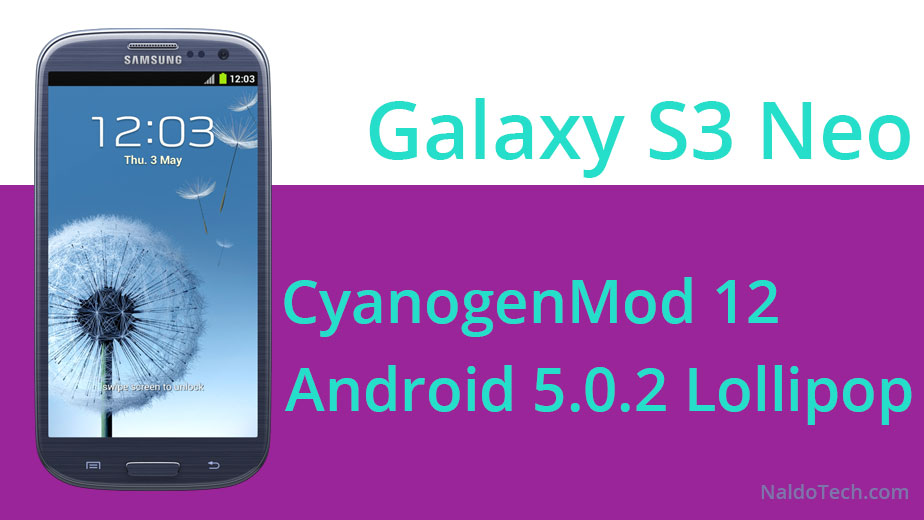 Fortunately, if you have the Samsung Galaxy Neo GT-I9300I and are stuck on Android 4.4.4 KitKat, do not worry. Developers have done their magic and have created a CyanogenMod 12 build for the device.

The CyanogenMod 12 ROM build for the Galaxy S3 Neo GT-I9300I is based on the latest version of Android, 5.0.2 Lollipop. The 5.0.2 Lollipop update brings a few bug fixes and stability enhancements.

Samsung will not officially update the phone to Lollipop so the CyanogenMod 12 is the best solution if you want to enjoy the latest version of Android on your phone.

The ROM, even though it is not considered as stable, you can still use it as a daily driver because there are no major bugs to ruin the user experience.

Since CM12 is based on Lollipop, the first boot will take a few minutes. Once it boots, enjoy CM12 ROM on your Galaxy S3 Neo.