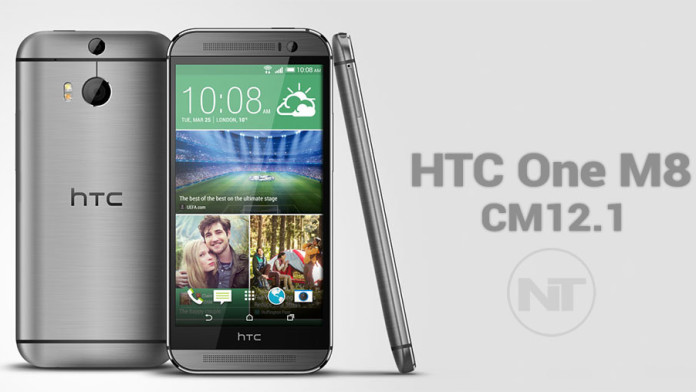 If you have a HTC One M8 device running on Android 5.0 Lollipop or Android 4.4 KitKat, you can now update unofficially to Android 5.1 Lollipop using the popular custom ROM, CyanogenMod 12.1. The HTC One M8 is the successor of the original HTC One (M7) and the predecessor of the One M9.

Released one year ago, HTC equiped the One M8 with Android 4.4 KitKat. Recently, the Taiwanese company seeded the Android 5.0 Lollipop update to all One M8 handsets. However, another Android 5.0 update will get released fairly soon which will contain HTC’s Sense 7 skin, alongside redesigned BlinkFeed launcher and HTC themes.

In the other hand, there are no news about the official Android 5.1 Lollipop. HTC hasn’t acknowledged any possible release dates for Android 5.1 Lollipop based on Sense 7. This might take a while since HTC has other flagship devices in line that are waiting to get updated.

If you cannot wait for the official Android 5.1 update with Sense 7 skin, there are other methods of obtaining the latest version of Android than simply waiting for HTC. For many people, custom ROMs are the main reason why they buy an Android device. If the OEM takes a long time to seed an update, developers take care of this problem through custom ROMs.

CyanogenMod 12.1, the ultimate solution for every phone that wants to get a taste of Android 5.1 Lollipop has come to the HTC One M8. The build is created by “obtained”, a senior member who was based after the CM12.1 branch, released by the CyanogenMod team.

The ROM is based on Android 5.1 Lollipop and you can install it regardless if you are running on Android 4.4 KitKat or Android 5.0 Lollipop.

Note that this ROM is by no means official. It is created by a member just like you and it might contain various bugs.

Reboot your phone and enjoy Android 5.1 Lollipop on your HTC One M8. If you have any problems, let us know below.