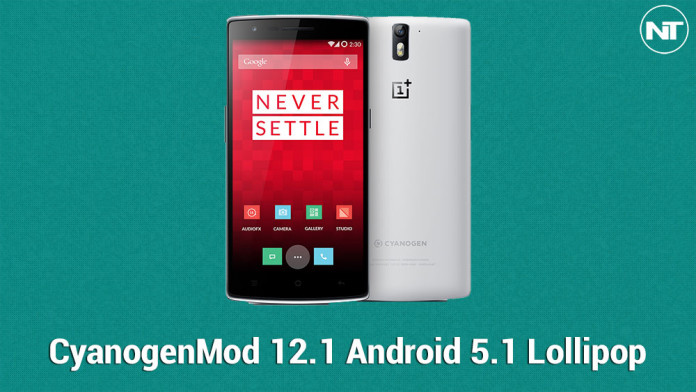 The OnePlus One continues to be on par with Androids’ top dogs, even though it is now one year old. The price increase that OnePlus was obligated to make in Europe hasn’t affected the sales a single bit, especially since the moment when the invitation system got removed.

After one year, thousands of people are proud users of the OnePlus One. It has top-of-the-line specifications and most importantly, the support for the phone is amazing. Recently, OnePlus stopped working with CyanogenMod to provide the ROM for the phone and soon, the custom OxygenOS ROM will be released.

Because OnePlus is no longer working with the CyanogenMod team it doesn’t phone that the phone will lack CyanogenMod builds. In fact, the awesome developers over at XDA have built CyanogenMod 12.1 ROM for the OnePlus One. CyanogenMod 12.1 is based on the latest version of Android 5.1 Lollipop, providing new features and stability improvements.

Until the OnePlus team releases the fully stable and working OxygenOS ROM, CyanogenMod 12.1 is a great alternative to test and enjoy Android 5.1 Lollipop. The ROM is provided by builder “CraZY_BoY^”, who keeps building new ROMs as soon as the code is released with bug fixes.

While CyanogenMod 12.1 with Android 5.1 Lollipop is not official, CM12.1 for the OnePlus One is considered to be stable as many bugs like camera, SMS, file manager and navbar glitch have been fixed on the latest update.

How To Install CyanogenMod 12.1 Android 5.1 Lollipop ROM on OnePlus One

CyanogenMod 12.1 can be installed on the OnePlus One as every other ROM. You need to have a OnePlus One with a custom recovery installed, and the right ROM file.

Installing CM12.1 on OnePlus One

Once your phone is up and running, go to Settings to confirm that you have successfully installed CyanogenMod 12.1 with Android 5.1 Lollipop.