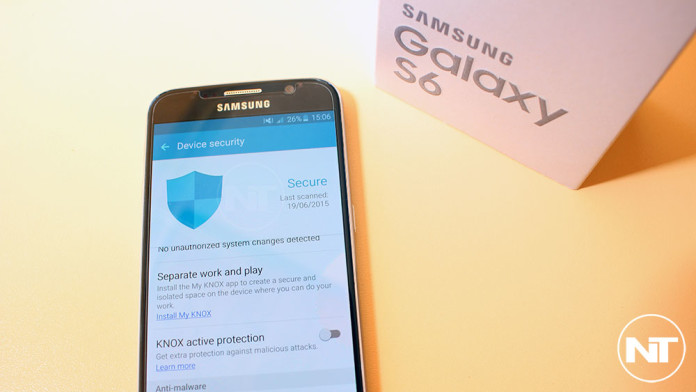 If you do not want the KNOX software on your Samsung Galaxy S6, you can now completely remove it. KNOX is a security program software created by Samsung with intention to protect all Galaxy devices that come with this program. So far, Samsung has successfully managed to implement KNOX security program on all its flagship devices including the Samsung Galaxy S6 and Galaxy S6 edge.

According to Samsung, KNOX makes your device more secure. It scans all the files inside your phone and checks for unusual activity. On your Samsung Galaxy S6 and Galaxy S6 edge, you can go to Settings > About Device to check your KNOX version. Both flagship devices have an app called Smart Manager which is designed to enhance your phone by making it faster, improve battery and security.

One of the parts of the app is Device Security, where you can choose to enable KNOX active protection to get extra protection against malicious attacks. But KNOX has disadvantages too.  It has a feature which detects if a phone has been rooted or not, so Samsung can deny your warranty. On top of that, KNOX has been found to a battery hog, draining a good part of the battery.

If you don’t like the KNOX software program on your Samsung Galaxy S6 and Galaxy S6 edge, you can remove it. There are various ways to do so, such as uninstalling the app, but installing a custom ROM which has fully KNOX removed is a better idea.

How To Remove KNOX from Samsung Galaxy S6 & S6 edge

Now your phone should be KNOX-free. Alongside that, the performance will be much better thanks to removed bloatware.