Common Nexus 6 Problems and How To Fix Them 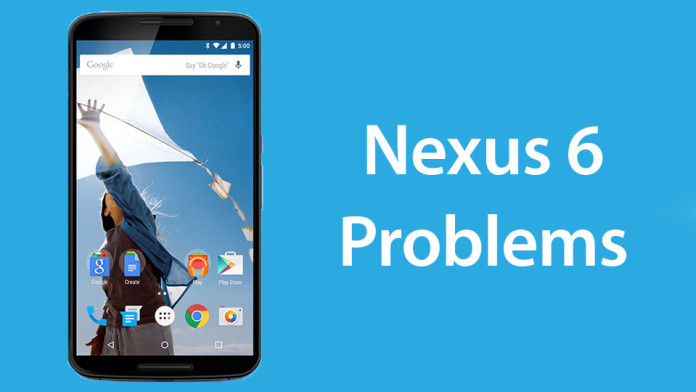 Google managed to make the Nexus 6 one of the most popular smartphones ever. Even though the price tag was more than everyone expected and the screen was bigger than its successor, Nexus fans weren’t stopped by these facts.

Before we get into the real topic of the article, let’s go through the phone’s specifications real quick. The Nexus 6 comes with a gigantic 5.9″ AMOLED screen with resolution of 1440 x 2560 pixels or simply said QHD, which is becoming the standard on today’s phones. 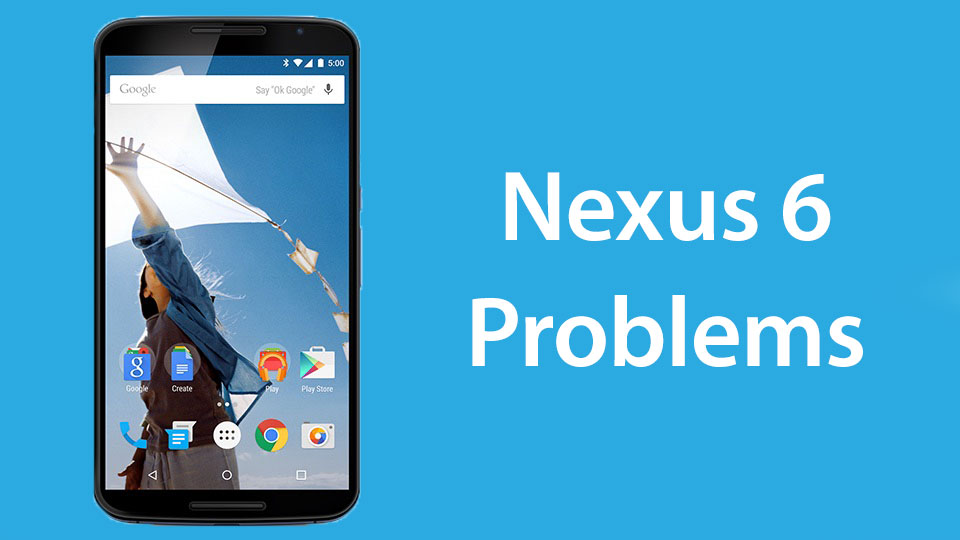 Most importantly, the Nexus 6 was the first device to have Android 5.0 Lollipop. Overall, it is one of the best devices at the moment and it will be a great phone for the upcoming years. But as every other smartphone, the Nexus 6 has its own problems. Yes, most of the times it works great but there are a few units out there which might be experiencing a few problems.

We know, there is nothing more frustrating than when your phone stops working correctly. Today we are depended on our smartphones. Our phones have become parts of our lives and it is annoying to see that they don’t work correctly. If you are on the same boat, here are some common problems and issues that Nexus 6 users can experience.

There have been a lot of reports from Nexus 6 users saying that the back plate is coming away from the rest of the body. When this occurs, you can see the battery and other internals of the phone. This has to do with weak adhesive that Motorola decided to use. This cannot actually be fixed, but you can prevent it by making sure that your phone does not overheat. If the back plate has already come off, push it to try to put it back on and make sure the phone does not overheat because the adhesive will get weaker.

Cannot connect to camera is another error that is common on the Nexus 6. When this happens, the user cannot open the camera app. When he tries to do so, the screen will become black and then a warning saying that the camera app has crashed will show up. To fix this problem, you either have to wipe data of the app, perform a factory reset or download and install a third-party camera app.

The Nexus 6 has a 5.9″ QHD display. The technology used is AMOLED which is a popular type of display mostly used on Galaxy devices. The screen is bright, colorful and has wide viewing angles. But there is a downside of this. AMOLED displays have the tendency to burn-in if a static image is displayed for a long time. To fix the problem, you have to download an app which is designed to lighten the problem. Here’s the full tutorial how to use it.

The Nexus 6 charges pretty quick thanks to a special feature that the Snapdragon 805 chipset has. However, some users have reported slow charging issues with the phone and even battery drain. This mostly happens when the charging cable is broken or damaged. Try another charger and see if the problem is resolved. If you are experiencing slow charging problems, try not to play 3D games or do intensive games because this will overheat the phone which will lead to batter drain.

Also Read: How To Flash Custom ROMs on Nexus 6

There are a few cases where the phone struggles to receive excellent mobile or WiFi signal. When this happens, the user is unable to navigate on the internet quickly. Also, it is almost impossible to hear the other person during a call. Here’s how to fix low signal issue.

This is probably the most annoying issue among all. It is very frustrating because you might be in the middle of something very important on the phone and it suddenly shuts down and all your work gets lost. To fix this, the best thing is to make a factory reset and check if any app is conflicting with the system.

This is it. Some of the most common problems with the Nexus 6 and solutions to each issue. Do you have any other issues you want to report? Let us know below.

This website uses cookies to improve your experience while you navigate through the website. Out of these cookies, the cookies that are categorized as necessary are stored on your browser as they are essential for the working of basic functionalities of the website. We also use third-party cookies that help us analyze and understand how you use this website. These cookies will be stored in your browser only with your consent. You also have the option to opt-out of these cookies. But opting out of some of these cookies may have an effect on your browsing experience.
Necessary Always Enabled
Necessary cookies are absolutely essential for the website to function properly. This category only includes cookies that ensures basic functionalities and security features of the website. These cookies do not store any personal information.
Functional
Functional cookies help to perform certain functionalities like sharing the content of the website on social media platforms, collect feedbacks, and other third-party features.
Performance
Performance cookies are used to understand and analyze the key performance indexes of the website which helps in delivering a better user experience for the visitors.
Analytics
Analytical cookies are used to understand how visitors interact with the website. These cookies help provide information on metrics the number of visitors, bounce rate, traffic source, etc.
Advertisement
Advertisement cookies are used to provide visitors with relevant ads and marketing campaigns. These cookies track visitors across websites and collect information to provide customized ads.
Others
Other uncategorized cookies are those that are being analyzed and have not been classified into a category as yet.
SAVE & ACCEPT
Powered by