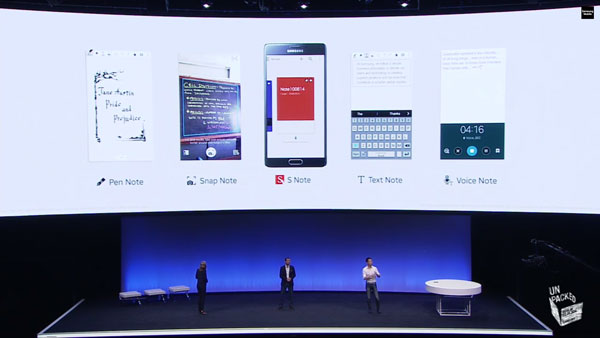 The Samsung Galaxy Note 4 is finally here. Here are the most amazing and best features of the Galaxy Note 4. It is Samsung’s current flagship device and it is simply amazing. It has a lot of features which make the device even more interesting.

Also, it has the metallic bezels that everyone is asking for. The bezels are similar to the bezels of the Galaxy Alpha.

S Pen is the most iconic feature of Galaxy Note devices. On the Galaxy Note 4, the S Pen is much more sensitive. Now the phone senses when the pen is sideways. Basically, it is better to write with the pen that writing with your fingers.

Samsung has gone beyond numbers and has improved the camera a lot. Not only the front-facing camera but also the rear facing camera. The front camera is 3.7 MP with F/1.9 which means photos are 60% brighter. The rear camera is 16 MP with Smart IOS.

These are the biggest and main features of the Galaxy Note 4. Make sure to read our other articles because we will be reviewing every single feature of the Note 4.