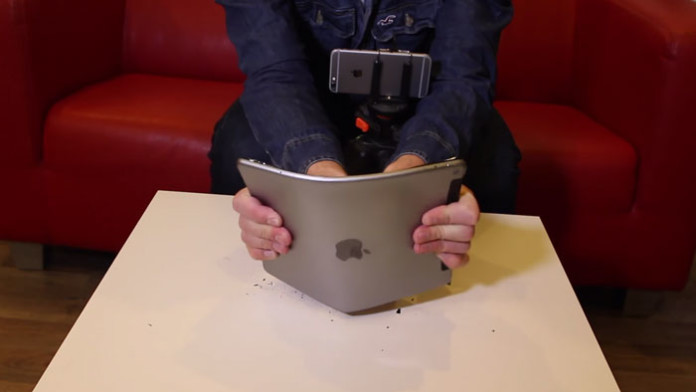 Now, every time someone talks about the Apple iPhone 6 Plus, the first thing that comes up to our minds is that it bends easily. Even though the whole #bendgate thing happened more than one month ago, the heat hasn’t gone.

And in fact, looks like the heat will come even more now that the Apple iPad Air 2 is out and thousands of units have been sold. One user who has bought the newly released Apple iPad Air 2 tried to do the famous bend test on its tablet.

Also Read: Why The iPad Mini 3 Is The Biggest Failure

What do you think that happened? The main reason why Apple iPhone 6 Plus bends so easily is because of its large dimensions and thickness. Even though the phone is as big as the Samsung Galaxy Note 4, it is only 7.1 mm thick. This is very thin for a device with these kinds of dimensions. 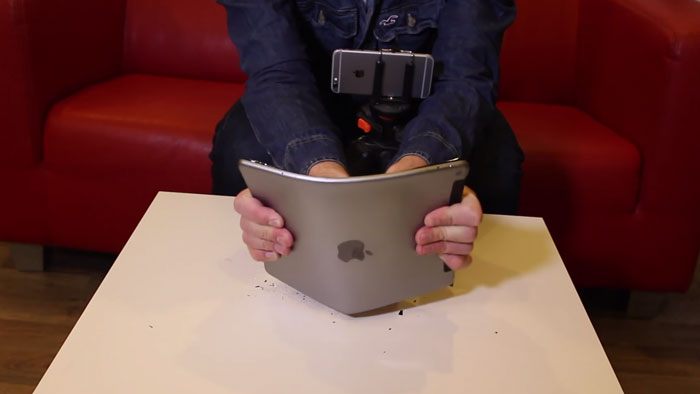 The Apple iPad Air 2 is even thinner measuring at only 6.1 mm. This makes it the thinnest tablet on the world surpassing the 6.6 mm Samsung Galaxy Tab S. The iPad Air 2 is thinner and larger than the iPhone 6 Plus. How does this translate into real life usage and in a bend test?

As we have already seen now, plenty of videos have confirmed that the aluminum body of the 6 Plus is weak, especially around the volume rockers. The iPad Air 2 is even worse.

A user who decided to do the bend test, completely shattered the screen of the tablet. Not only the screen got shattered but the entire tablet got bent 90 degrees.

The 6 Plus got slightly bent near the volume rockers while its tablet brother got completely destroyed. What do you think? Are Apple devices becoming less durable than what they used to be?

Watch iPhone 6 Plus Getting Bent Under Normal Force