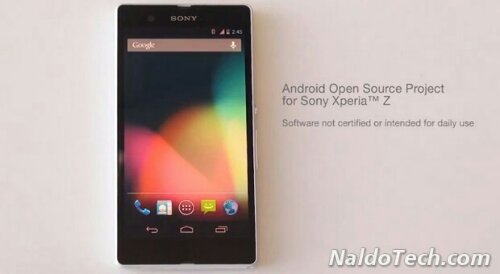 When the Xperia Z was first launched back in February, Sony joined with Google to make AOSP (Android Open Source Project) possible for the device.

This was the first time that a non-Nexus device gets AOSP so now Sony is supporting AOSP for the Xperia Z. But what is AOSP? Android Open Source Project(AOSP for short) is a project to give to Android devices the purest Android Vanilla excperience and at the same time offering a lot of customization and tweaks.

For now, only the Micro SD, Wi-Fi, Bluetooth, GPS and LED are currently working.