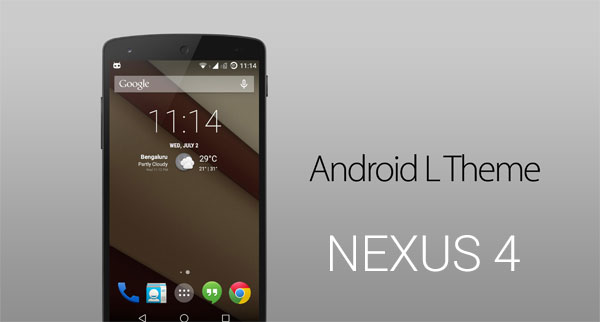 In this article we are going to learn how to download and install Android L System theme mod and applications on the Nexus 5. Android L has been released more than a month ago by Google during Google I/O and it will take a few more months until Nexus devices officially receive it.

Also Read: How To Install Android L on Nexus 4

If you are afraid of flashing the buggy Developer Preview port on your Nexus 4, this mod is the best choice at the moment.  The list below shows all Android L apps and features this mod installs on your Nexus 4.

This mod also installs a custom kernel which will make your phone a lot faster, more responsive and will increase the battery life. The mod includes latest GPU drivers for an enhanced gaming experience. Download Android L System theme and apps for Nexus 4 here.

How To Fix Nexus Low Storage Problem (Half Storage Available)