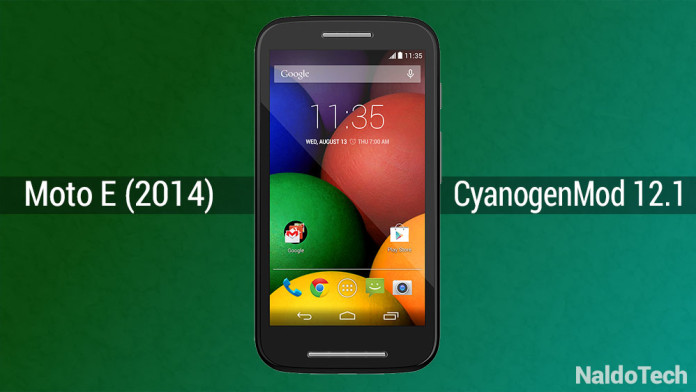 CyanogenMod 12.1 has yet to be officially announced by the CyanogenMod team, yet the ROM has already made its way to a good number of devices. Until now, we have seen CyanogenMod 12.1 on the Samsung Galaxy S5 and other high-end, as well as low-end devices.

What is so special about CyanogenMod 12.1 is that it is based on Android 5.1 Lollipop, the latest mobile release from Google. It fixes a lot of problems and introduces new features. Devices like the Nexus 6 have already received the official Android 5.1 update, while older devices have to wait for a longer time.

While developers are working hard to fix every single problem faced on the ROM, there are a few bugs that might reconsider your decision of installing CyanogenMod 12 ROM on your phone. Since the Moto E (2014) doesn’t have a powerful hardware like flagship phones such as the Galaxy S5, it takes more work to create a good and stable ROM.

At the moment of speaking, things like phone calls, messages and WiFi are working. On the other side, the phone cannot record videos and the dual SIM feature does not work. However, stay tuned because the article will be updated once the bugs are fixed.

The ROM is unofficial and may contain some bugs. Let us know your experience with the ROM.